Key findings among all complaint categories for February-April 2015: 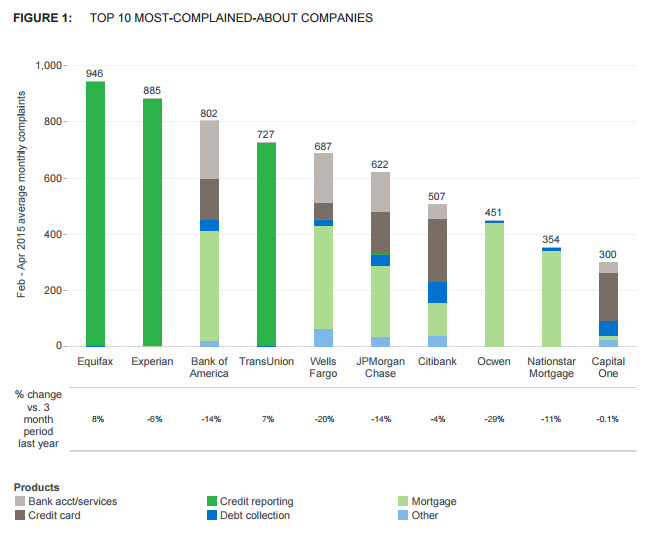 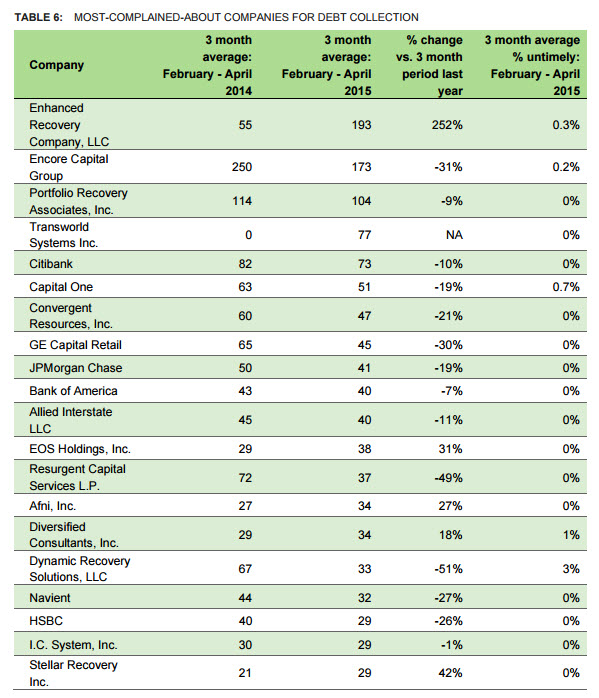 insideARM contacted ERC regarding this article and Mark A. Thompson, Chairman and Co-Founder, offered this comment:

“ERC has one of the largest and most diverse client portfolios in the country.  With over 27 million open accounts and 56 million active accounts currently residing on our system during this measurement period, 193 complaints represents .0007% (or 7 ten thousandths of 1 percent) of just our open accounts, not counting the other 29 million closed, but active accounts on our system for which complaints do sometimes arise.

We do not take any increases in complaints lightly.  However, it would certainly be more meaningful reporting on the part of the CFPB if they were to state complaints as a percentage of open customer accounts being handled by each entity.  That would add an appropriate degree of relevance to their findings and enable the public to decide if an organization is operating within acceptable compliance standards.”

In related news, the CFPB recently posted a Request for Information Regarding the Consumer Complaint Database: Data Normalization. Interested parties were given sixty days to submit comments; the deadline is August 30, 2015.

Next Article: Multiple Groups Hop on the Bandwagon, Filing ...