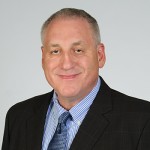 The debt collection proposals outlined by the CFPB for the SBREFA panel are driven in large part by the CFPB’s reliance on the data derived from its complaint portal and a consumer survey conducted by the Bureau over several months in 2014-15.  The survey results are remarkable in how closely they mirror the complaint portal data.  Both sources indicate that the most common complaints made by consumers are that collectors have the wrong person or are asking for the wrong amount.  The CFPB has never attempted to demonstrate systematically whether the complaints in the portal have any factual validity.  And despite the fact that the survey developers apparently employed sophisticated methodology in targeting respondents, the Bureau also made no effort to take a subset of survey responses and attempt to verify whether or not the complaints had any basis in fact.

There is some very telling extrinsic evidence that the complaint data from both sources is flawed.  One would not have to look long at the 10,000 FDCPA cases that are filed each year to determine that only a very small fraction of them involve the wrong person or the wrong balance—despite the fact that there could be no easier cases for consumers to win or lawyers to solicit.  So it is not without some irony that the CFPB is now driving a series of reforms predicated on the belief that the collection industry operates on incomplete or inaccurate information when the CFPB has made no effort at external validation of its own data.

The proposals under consideration would require a debt collector to “substantiate” that a consumer owes a debt before starting collection.  The CFPB’s proposed standard—that the collector “form a reasonable basis for claims of indebtedness”—follows from the Bureau’s view that “when a collector seeks to have a specific consumer pay a specific debt, the collector is at least implicitly claiming that the individual owes the debt or amount.”  This view turns existing law on its head.

Under the FDCPA, a collector sending an initial collection letter only implicitly claims that it is familiar with the general business practices of its client such that its billing and accounting practices are reliable to a point where the collector may contact the consumer about a debt.  An “implicit claim” that the specific consumer owes the precise amount in question is exactly what a generation of compliance lawyers have labored to eliminate from initial collection letters since the FDCPA’s inception.  Many initial letters do not even ask for payment. There is no tacit message that the collector has reached back and conducted an audit of the client before sending its letter.  If the consumer knows that the collector has made a mistake, the Validation Notice invites the consumer to make his or her objections.

The CFPB’s proposals set forth the following five sets of “fundamental information” that should be available to a collector so that it can form a reasonable basis as to a claim of indebtedness:

The proposals would not mandate that a collector have access to all five categories of “fundamental information” or a Representation of Accuracy from the debt owner.  But it appears that demonstrated reliance on these elements may provide some sort of safe harbor.  The collector has the option of forming reasonable support for substantiating the debt with alternative information.  However, in so doing, the collector has the burden of justifying its alternative approach.

Under the proposals, collectors would be responsible for failing to respond to any warning signs that they detect or should have detected.  And this responsibility does not end after the first collection letter is sent.  Collectors will have a continuing duty to respond to unspecified warning signs that might arise during the collection process in some unspecified way, and then would have to take additional steps to further substantiate those accounts (or even an entire debt portfolio) before proceeding.

My nearly 30 years of experience in the collections industry, which includes managing a national collections agency and founding one of the country’s largest collection law firms, allows me to assess the CFPB’s proposals from a unique vantage point.  It is perhaps fair to say that there are suggested practices in these proposals, which if adopted pragmatically, could make good business and legal sense for many collectors.  And there is no question that there are a substantial number of collectors with internal practices and controls that exceed those contemplated by the proposals under consideration.  The question is whether a regulatory framework can be devised that can be assimilated and complied with by many of the smaller and very small businesses that make up the collection industry.  That prospect seems unlikely.

Copyright © Ballard Spahr LLP. Reprinted with permission. Content is general information only, not legal advice or legal opinion based on any specific facts or circumstances.

Next Article: Judge Decides Sanctions Now Not Warranted in ...