The U.S. Court of Appeals for the Ninth Circuit recently held that a debt collector cannot use the “bona fide error” defense to shield itself from liability under the Fair Debt Collection Practices Act (FDCPA) by merely (1) requiring its creditor clients to provide accurate account information, and (2) requesting verification of the account information from its creditor client, but not waiting to receive a response before trying to collect the debts. 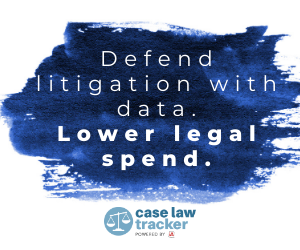 Editor's Note: iA Case Law Tracker subscribers can find a brief summary of the case here. Not a subscriber? Sign up for a free one-week trial!

A debt collection company entered into an agreement with a medical clinic pursuant to which the clinic assigned its debts for collection to the debt collector. The agreement required the creditor to provide “only accurate data and that the balances reflect legitimate, enforceable obligations of the consumer.”

When a client referred a debt for collection, the debt collector’s routine practice was to “generate[] an automatic response listing the account name and number, the total amount due, and the date of last payment.” It would also “request that its clients notify [it] if they recognize any errors in any of the accounts listed.”

The plaintiff filed suit alleging that the debt collector violated the FDCPA by miscalculating the amount of interest owed.

The plaintiff moved for summary judgment. In opposing the plaintiff’s motion, the debt collector “argued that it was entitled to the benefit of the FDCPA’s bona fide error defense.”

On appeal, the plaintiff argued that the bona fide error defense did not apply to the debt collector “because it did not have adequate procedures in place to prevent errors of the type that occurred here.” The debt collector argued that it “reasonably relied on [the clinic’s] promise to provide accurate information … [and that] it followed its standard practice” after the account was assigned for collection “by requesting that [the clinic] notify it of any inaccuracies in the record of the delinquent account.”

The Ninth Circuit began by explaining that “[t]o avoid liability, debt collectors may raise the limited affirmative defense that their conduct was ‘not intentional and resulted from a bona fide error notwithstanding the maintenance of procedures reasonably adapted to avoid any such error.’ … The burden is on the debt collector to prove this defense by a preponderance of the evidence.”

Regarding the third element, the Ninth Circuit explained that “we have said that ‘[a] debt collector is not entitled under the FDCPA to sit back and wait until a creditor makes a mistake and then institute procedures to prevent a recurrence.’ … Instead, the debt collector has an affirmative obligation to maintain procedures designed to avoid discoverable errors, including, but not limited to, errors in calculation and itemization.’ Debt collectors … must explain ‘the manner in which [their procedures] were adapted to avoid the error’; the bona fide error defense does not shield debt collectors who unreasonably rely on creditors’ representations.”

The Court went on to note that “[w]e have previously rejected the contention that unquestioned reliance on a creditor’s information can suffice as a bona fide defense.”

Citing the Supreme Court of the United States’ 2010 opinion in Jerman v. Carlisle, McNellie, Rini, Kramer & Ulrich, which held that “a debt collector who made a legal error interpreting the FDCPA did not qualify for the bona fide error defense[,]” the Ninth Circuit noted that “Jerman reasoned that ‘the broad statutory requirement of procedures reasonably designed to avoid ‘any’ bona fide error indicates that the relevant procedures are ones that help to avoid errors like clerical or factual mistakes.’” Id.

“The Eleventh Circuit followed this lead [in Owen v. I.C. Sys., Inc.] when it denied a debt collector’s claim, nearly identical to [the debt collector’s] here, that an engagement contract obligating a creditor-client ‘to present only accurate information on debts’ qualified as a procedure reasonably adapted to avoid erroneous interest calculations.”

The Ninth Circuit distinguished the two cases relied upon by the trial court and rejected the debt collector’s “fallback argument … that even if its collection service contract was insufficient to qualify for the bona fide error defense, it separately qualified because it sends its creditor-clients follow up requests seeking verification of the accuracy of their information[,]” reasoning that while “[t]his is closer to the mark, … it still falls short because it is uncontested that [the debt collector] did not wait for a response from [the clinic] before it attempted to collect from [the plaintiff].”

Because the debt collector “does not argue that it routinely waits for creditor-clients to respond before sending collection notices to debtors,” the Ninth Circuit concluded that the debt collector failed “to show that its practice of requesting account verification from its clients is genuinely calculated to catch errors of the sort that occurred here.”

Accordingly, the Ninth Circuit reversed the trial court’s grant of summary judgment in the debt collector’s favor and remanded the case for further proceedings.