Some things to keep in mind before we delve into this story:

1) There is a website called hitmanforhire. (One news source says it’s hitmanforhire.net, but that appears to be a site about hitmen, so…probably not.)

Now, back to the story. 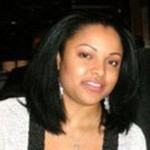 Melissa fell in love the way a lot of us do: all at once and much too completely. But then, too, like romances tend to go, things went sour and the couple parted. But Melissa, she loves deep and she loves long and when she found out that her ex was dating a California mortgage broker named Anne Lauryn Royston, she stole some credit cards from her former employer, Pennsylvania-based Receivable Management Services, made a deposit using PayPal, and then waited for news that her romantic rival had been shot through the head.

Mark was just sent to prison, so things didn’t work out as she’d hoped they would.

For one thing, the hitman Mark hired, Essam Eid, decided to play both parts against the middle and told Royston, whom he had been hired to kill, that he would be willing to not kill her if she paid off the balance of the contract.

Then, Eid and his girlfriend (see, you guys: love does exist!) traveled to Ireland because why not, and they were arrested because Royston turned everybody in.

Mark was living in Jersey City when she was arrested in March 2011. She later “pleaded guilty to conspiracy to use interstate commerce facilities in the commission of murder-for-hire, use of interstate commerce facilities in the commission of murder-for-hire, three counts of aggravated identity theft, attempted access device fraud and aiding and abetting.” She learned last Friday — THE THIRTEENTH! — that she’ll be spending the next six years in prison. She’s also on the hook for $2,300 in fines (which seems scanty, since the hit clocked in at around $37,000) and, hopefully, some self-esteem classes.