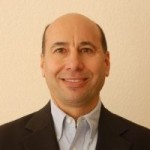 We recently won a court case that validated a simple personal guaranty and resulted in our client recovering over $15,000 even though the corporation had ceased operating. Our client uses a one page credit application for all customers.  Immediately before the signature block, it reads:

NOTWITHSTANDING THIS ACCOUNT IS ESTABLISHED IN THE NAME OF A BUSINESS, I PERSONALLY GUARANTEE PAYMENT OF THE ACCOUNT (MUST BE AN OFFICER OR OTHER AUTHORIZED TO SIGN ON BEHALF OF THE COMPANY)

The signature block requests Signature, Title, Printed Name, and the Date and is the only signature location on the application. 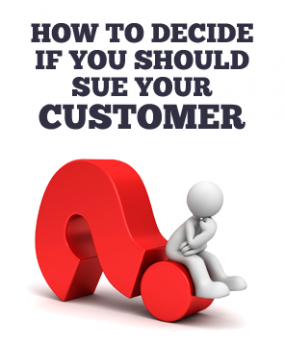 In this case, the owner of the company had signed the credit application and included his title as President of the corporation.  In court, the debtor argued that because he included his title, he was not signing as an individual but only as an officer.  However, the judge ruled that the title was related to the phrase “to sign on behalf of the company” and that you needed to be an “officer or other authorized” person.  The judge indicated that the language on the credit application made it clear that this was a personal guaranty in addition to a corporate obligation.

This was a critical ruling, as we have had other personal guarantees for other clients invalidated in court simply because the person executing the separate personal guaranty had also included their title and company name in the signature block.  In that case, the judge ruled that it was not clear the signor realized they were signing a personal guaranty since they had included the corporate information.  The judge said that our client should have noticed this confusion and immediately had the person sign a new copy of the guaranty without the corporate title and name.

The simple personal guaranty above has held up in court several times over the past seven years.  It has never been invalidated.  We can’t guarantee it will always be validated.  And we have heard other stories where separate and more complete personal guarantees have been deemed not enforceable.

As explained in a recent article I wrote for CreditToday, commercial collection agencies always prefer to have a personal guaranty.  I explain how it almost always adds value to our clients.  Recently there was a lively discussion on LinkedIn (over 40 comments in the Credit and Collections Professionals group) about personal guarantees, and several credit professionals indicated they were surprised to see how collection agencies were able to utilize guarantees more effectively than they realized.

Not everyone will agree to sign a personal guaranty.  When I was running my manufacturing company, I would have crossed out the words “I Personally Guaranty Payment of the Account” if I had been completing a credit application with the language quoted above.  That vendor would then have had to decide if they wanted to extend credit to my company without the guaranty.  We are not saying that you shouldn’t extend credit without the guaranty.  But, we are saying that it is easy to ask for it and on occasion you are likely to recover money solely because you have the guaranty.