This article originally appeared as an Alert on ClarkHill.com, and is republished here with permission. 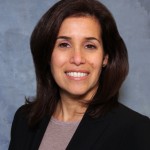 Lightning can strike twice. With the ink barely dry on the Consent Order against the Hanna Law Firm (Hanna) in Georgia, the Consumer Financial Protection Bureau (CFPB or Bureau) yesterday took action against another debt collection law firm for the filing of debt collection complaints that the CFPB alleges were unsubstantiated by a lack of documentation and improper affidavits by the law firm’s clients, all in violation of the Fair Debt Collection Practices Act (FDCPA) as well as the Consumer Financial Protection Act (CFPA). This time the target was Pressler & Pressler, its two named principals (collectively “Pressler”), as well as a debt buying entity, New Century Financial Services (New Century). The Pressler firm and New Century each entered into separate Consent Orders without admitting or denying any of the findings or conclusions of law asserted by the Bureau. Similarly, there was no adjudication of any of the CFPB’s claims.

The circumstances and the outcome are for the most part identical, including verbatim the language of both the Hanna Stipulated Judgment and the Pressler Consent Order. The only difference being that, in the Hanna case, the CFPB filed a lawsuit. In the present matter, no suit was filed and the parties entered into a Consent Order. The differences for the most part end there. In both matters the CFPB’s findings were that both law firms engaged in unlawful debt collection litigation by failing to review necessary documentation to support the validity of the claims being asserted in their complaints and by utilizing client affidavits which the CFPB alleges both law firms should have known were unreliable.  Similarly, both law firms were ordered to (1) show that for every lawsuit filed going forward “Original Account-Level” documentation from the client was received and reviewed and (2) to confirm “based upon methods and means proven to be historically reliable and accurate” that the statute of limitations had not run, venue was proper, and the consumer had not filed bankruptcy. Further, Pressler, like Hanna, was prohibited from presenting any affidavit to any Court unless the affiant (Pressler’s client) had personal knowledge of the truth or accuracy of the character, amount and legal status of the debt, that the documentation related to the consumer being sued, that the affidavit was properly notarized, and that the affiant reviewed the Original Account-Level documentation prior to making the affidavit.
In addition to the above, Pressler was also required to refrain from any pre-litigation discovery even though nothing in the Bureau’s Findings and Conclusions made any mention of such activity. Even more puzzling, the Consent Order forbid Pressler from seeking any default judgment unless the requirements of the Consent Order are met, even though those requirements may not otherwise be mandated under state civil procedure rules in New Jersey or some other jurisdiction where the Pressler firm is licensed to practice.
It is important to also note that this same law firm was named as a party in the case of Boch v. Pressler & Pressler which was argued before the Third Circuit Court of Appeals in November of 2015. A decision is still pending. In that case, the Plaintiff also alleged that the law firm violated the FDCPA for failing to be “meaningfully involved” in the preparation of its debt collection law suits. Ironically, in the Boch case, the Plaintiff settled the case and paid money to the creditor. The CPFB, who filed an amicus brief, was permitted oral argument. The Judges who heard oral argument seemed perplexed by the position of both the consumer and the CFPB.  One member of the panel expressed concern that a requirement to take a backward view of how a case was handled was going to make all collection actions discoverable. All the members questioned whether the meaningful involvement standard was realistic or even fair with one Judge calling it kafkaesque, especially in light of the fact that the Boch Plaintiff was not harmed nor misled.  Similarly, nothing in the current Pressler Consent Order made any finding that any consumer who was a party to any debt collection law suit filed by the Pressler firm was harmed or misled as well, nor was any judgement or case ordered to be dismissed with prejudice.
So what if the Third Circuit decides that Pressler’s procedures in filing collection law suits do not otherwise violate the FDCPA? Should debt collection attorneys then take direction from the Court or the CFPB? Who will be the final arbiter of the law, the judiciary or the regulator? In that scenario, attorneys in this practice area would face a difficult dilemma by making decisions not in the best interest of their creditor clients but in the best interest of themselves, contrary to the Rules of Professional Conduct. In no other area of  law does a client’s interest become so subordinated. Pressler, Hanna and the prior PRA/Encore Consent Orders set forth the clear parameters and themes of what the soon-to-be-released debt collection rules will look like, especially as it relates to litigation. We have seen signs of disruption of the market economy by increased regulation. That same regulation will disrupt our judicial system by deterring zealous advocacy for both the creditor and the consumer.
Clark Hill’s Consumer Financial Services Regulatory & Compliance Group is a national leader in the field of consumer financial services law, providing strategic legal counsel to clients in all areas of consumer finance. We provide counsel, consultation and litigation services to financial institutions, law firms and debt buyers throughout the country. Our group can help you navigate this rapidly evolving regulatory environment. Our exceptional team of lawyers and government and regulatory advisors has extensive experience in – and an in-depth understanding of – the laws and regulations governing consumer financial products and services. We can assist you in developing and implementing compliance programs, as well as defending consumer litigation and regulatory enforcement actions.

Next Article: Walking for Suicide Prevention