After months of limbo, on September 30, 2021, the United States Senate confirmed Rohit Chopra as Director of the Consumer Financial Protection Bureau (CFPB). The vote confirming Mr. Chopra was 50-48 down party lines. Senators Cornyn and Paul did not vote. 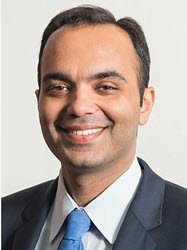 Prior to his nomination, Chopra served as a Commissioner on the Federal Trade Commission (FTC); however, he is no stranger to the CFPB. Before serving at the FTC, he served as the CFPB's Assistant Director and separately as the CFPB's  Student Loan Ombudsman, during which he was critical of schools, banks, and servicers in their handling of loans and lack of transparency with borrowers.

For the last several months (at least), while this confirmation has been pending, it has felt as though many decisions at the CFPB have been somewhat on hold. Hopefully, this confirmation will give the agency some permanent direction, providing clarity to the ARM industry (and many other industries) and consumers alike.