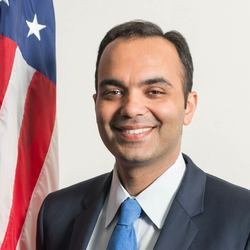 In a press release announcing his picks for several key posts in his administration, President-elect Biden selected Rohit Chopra to replace Kathleen Kraninger as the next Director of the Consumer Financial Protection Bureau (CFPB). Chopra, who currently serves as a Commissioner on the Federal Trade Commission (FTC), is no stranger to the CFPB. Prior to his time at the FTC, Chopra served as the CFPB's Assistant Director.

During his prior tenure at the CFPB, Chopra focused on the Bureau's student loan efforts, serving as the Student Loan Ombudsman.

In November 2020, Chopraissued a statement regarding the FTC's enforcement action against a debt collector, Midwest Recovery Systems. The summary points from the statement include:

When debt collectors engage in illegal conduct, this harms families and their honest competitors. Decades ago, Congress recognized that our laws needed to do more to redress injuries, noting that collection abuses contribute to "personal bankruptcies, to marital instability, to the loss of jobs, and to invasions of individual privacy."In addition, cracking down on abuses would ensure that "those debt collectors who refrain from using abusive debt collection practices are not competitively disadvantaged."

Prior to this, Chopra issued a comment in September 2019 outlining his concerns with the CFPB's then-proposed debt collection rule (now finalized as Regulation F). His primary concerns — other than the fact that student loan borrowers have little to no market power — were with:

The CFPB is still a young agency — tomorrow, it enters only its third presidential administration since its inception. It's an interesting contrast in how the directorship baton is passed compared to the first transition when President Trump took office.

At the beginning of Trump's administration, then-Director Richard Cordray's 5-year term had not yet ended so there was an overlap. Then, when Cordray announced his resignation in November 2016, a battle ensued between Trump's pick for interim director (Mick Mulvaney) and Cordray's pick (Leandra English). Mulvaney won.

What followed was a court battle in Seila v. CFPB, where the company challenged a Bureau CID by arguing that the CFPB's unconstitutional structure — where the director may only be removed by the President for cause — tainted the Bureau's actions. The directorship of the Bureau was specifically designed to hold a 5-year tenure to prevent it from being a politicized position depending on who sat in the Oval Office. Of interest, the Bureau and its structure were created while Biden served as Vice President.  The U.S. Supreme Court found that this structure violated the separation of powers and struck the "for cause" clause.

The Seila decision essentially mandated that the President can remove the Director of the CFPB at will, and it looks like Biden plans to do just that.