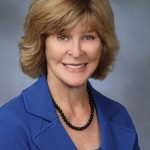 In a 1300+ page proposal, exclusive of attachments, the Consumer Financial Protection Bureau (CFPB) laid out its plan June 2 to force a sweeping redesign of the short-term payday, auto title, and longer-term installment lending markets.

The proposed rule follows the same basic approach the CFPB foreshadowed in its April 2015 Outline of Proposals, which would impose requirements on payday (and single-payment auto title) lenders to make rigorous ability to repay determinations or provide loans only under specified low-risk situations, where borrowers would be limited in the amounts they could reborrow and length of time they could be in debt.  Covered installment loans (those with interest rates above 36%) would also be subject to demanding ability to repay determinations, with refinancing restricted to situations involving substantially smaller payments or lowered total loan costs.  Additional provisions would bar lenders from attempting to collect payment from debtors’ accounts without additional notice and authorization, an idea that was floated in the Outline, but which would now be part of the regulation.

The proposal’s key elements are:

There is little doubt these provisions would result in far-reaching changes in the marketplace.  In one of the few hard numbers offered, the CFPB estimates the regulation would eliminate 70% of revenue for payday lenders – and that impact is for the less draconian “alternative” that is provided, as opposed to the primary approach, as to which the CFPB acknowledged in the April 2015 Outline that “relatively few loans could be made under the ability to repay requirement.”

The proposal further recognizes that “a large number of storefronts would close if the proposed rules were adopted” and that the market will become more highly concentrated in some geographic areas.  Nonetheless, in addressing statutory requirements regarding consumers’ and rural borrowers’ access to credit, the proposal says that “consumers’ geographic access to stores would not be significantly affected in most areas,” and that 93-95% of borrowers will not have to travel more than an additional five miles to find a lender.

The CFPB does not attempt to quantify the benefits to consumers of the proposal, instead relying on repeated expressions along the lines of “it appears to the Bureau” or that the “Bureau believes” that “the amount of injury that is caused by the unfair practices, in the aggregate, appears to be extremely high.”  The proposal cites numerous reports and studies to justify these views, but does not include any metrics in its analysis of benefits and costs in its discussion of these issues in Section VI.

The proposal makes passing reference to the Small Business Regulatory Enforcement Fairness (SBREFA) process it conducted in 2015, but rejects multiple small entity representative (SER) and other recommendations that the CFPB consider existing state regulation as a baseline or model for federal action.  While noting that 36 states employ a variety of approaches to regulate the market, the Bureau states that none of these measures has significantly reduced the rate of reborrowing, and therefore strong federal intervention is needed.

Given the length of the proposed rule, the scale of the changes the CFPB seeks to impose, and the justifications offered in support, we can expect a lively debate to emerge during the comment period.  Comments are due by September 14, 2016.