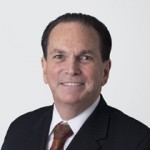 In oral argument on Tuesday, April 12, 2016, in the U.S. Court of Appeals for the District of Columbia Circuit, counsel for PHH Corporation (PHH) argued that the Consumer Financial Protection Bureau (CFPB) is unconstitutional. Counsel for PHH did so in a challenge to a $109 penalty levied against PHH for violating the Real Estate Settlement Procedures Act (RESPA). In levying the $109 million penalty, PHH argued that CFPB Director Richard Cordray ran “rough-shod” over existing law. Counsel for the CFPB defended the agency’s constitutionality and responded to substantial push-back from the bench.

According to the CFPB, PHH took the reinsurance fees as kickbacks in violation of RESPA. The CFPB found that as a result of PHH’s arrangement, consumers ended up paying more in mortgage insurance premiums. In January 2014, the CFPB filed an administrative suit against PHH in the CFPB’s Office of Administrative Adjudication, an independent adjudicatory office within the Bureau. The administrative law judge presiding over the case found that PHH violated RESPA, and recommended that PHH disgorge approximately $6.4 million in profits.

PHH appealed the ALJ’s decision in the first ever appeal of a CFPB administrative enforcement proceeding. Under Dodd-Frank, appeals of ALJ decisions are made directly to Director Cordray. In his decision, Director Cordray not only agreed with the ALJ’s findings, but also increased the disgorgement amount to $109 million. Director Cordray found that the CFPB could assess penalties against PHH for a RESPA violation every time PHH accepted a reinsurance premium kickback payment on or after July 21, 2008, the final date for which HUD could have brought such a claim against PHH. This finding goes beyond the ALJ’s ruling, which had limited PHH’s liability only to kickbacks that were connected with loans that closed on or after July 21, 2008. In making this decision, Director Cordray announced that RESPA’s three-year statute of limitations on violations does not apply in civil, administrative actions.

Dodd-Frank allows a party to file a petition for review of the Director’s final order in a U.S. Court of Appeals within 30 days of the service of the final order. PHH did so, arguing that Director Cordray’s interpretation of RESPA flew in the face of the existing understanding of the statute, and that retroactive application of his interpretation raised due process concerns. PHH also questioned Director Cordray’s finding that RESPA’s three-year statute of limitations did not apply to the proceedings.

In its appeal PHH also questioned the constitutionality of the CFPB, arguing that the Bureau’s structure and powers violate the Constitution’s separation of powers. Prior to argument, the panel of judges hearing the appeal issued an order informing the parties to be prepared to answer questions on PHH’s constitutionality claims.

Vigorous Argument in the D.C. Circuit Court of Appeals

Counsel for PHH began oral argument on Tuesday by framing the CFPB’s actions in this matter as “capricious” and “unlawful.” PHH’s counsel argued that Director’s Cordray’s decision re-wrote RESPA, over-riding industry reliance on the industry’s earlier understanding of what a “kickback” is and the potential penalties for engaging in such conduct. Counsel for PHH also argued that, as it currently exists, the CFPB violates the Constitution’s separation of powers because the President can only remove the CFPB director for cause, and because the CFPB is led by a single director as opposed to a more-typical commission structure. Counsel for PHH argued that these conditions have led to an agency that is more powerful than Congress and the President combined, as evidenced by the CFPB’s “draconian” $109 million penalty levied against PHH.

Counsel for the CFPB defended the Bureau and its actions, arguing that PHH’s long-standing practices justified the increased penalty and that the President has sufficient control over Director Cordray to satisfy separation of powers principles. The panel questioned the CFPB’s counsel on the second point, characterizing the amount of authority given to the CFPB’s Director as both “unprecedented” and “dangerous.” The panel also questioned whether or not the President has sufficient control over the Director given that the President is unable to remove the Director absent cause. The bench also spent a significant portion of the argument questioning Director Cordray’s interpretation of RESPA and whether it is fair to retroactively apply the Bureau’s interpretation of RESPA.

The outcome of this case will not only answer long-standing questions as to the CFPB’s constitutionality, but also the broader question of how the agency interpreted RESPA’s statute of limitations as inapplicable to administrative proceedings. If the CFPB prevails, this would create precedent enabling the Bureau to bring enforcement actions based on alleged violations of consumer protection laws occurring prior to July 21, 2011, the effective date of the CFPB’s enforcement authority.

Next Article: Ninth Circuit: Conditional Tender Does Not Moot ...