My Shocking First Month as a Debt Collector

No one, if anyone, strives to work in a collection agency. While you might dream of owning one someday, very few children daydream about growing up to spend their workdays on the phone, staring blankly at a computer screen while being barked at by an enraged person on the other end of the line. I had no doubt that the rumours of a stressful work environment and a nearly non-existent company culture would be my reality when I sent my résumé to Kingston Data and Credit. 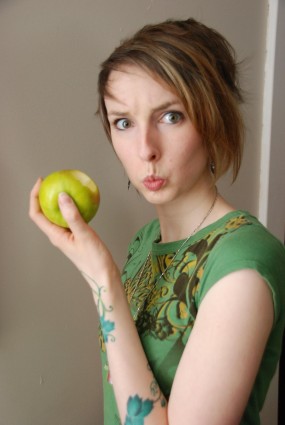 A month later, words like “surprised” and “enlightened” barely begin to describe how I feel about my new job as a Receivables Manager for KDC.

Not surprisingly, these aren’t usually the first thoughts that come to mind when thinking about debt collection. Most people only imagine cramped cubicles with auto-dialling computers, and unhappy workers with ultimate goals for numbers-of-calls that force normally decent people to be overly aggressive or unnaturally robotic. We can only fathom the stress of trying to get through as many debtors in a day as possible, or the pressure to perform, lest one experience “the wrath of the company.” It’s no small wonder that this perception brings to mind a job that’s unpleasant, and I was convinced this was the position I’d regretfully taken when I first agreed to my new job in debt collection.

A month ago, it would have taken a lot of convincing to have me believe that working in a collection agency could be enjoyable. All I’d ever known about collection agencies were the horror stories from the side of both the debtor and former employees. Now, having worked at Kingston Data and Credit, I’m happy to admit my presumptions were wildly incorrect.

Applying to KDC came after painfully being denied two positions in jobs I’d worked hard to achieve and was well qualified for.  I did all I could to land a management position in two separate companies, both of which failed for horribly inadequate reasons, the most dreadful of which was that I was “too goal-oriented” for the job. I know, dear reader, I know. My jaw also hit the floor when the woman said this to me, straight-faced, quoting her holier than thou DM.

After some well-deserved waterworks, I sent out a dozen resumes to several companies in hopes of getting something, anything, in return, despondent and heart-broken that I’d lost my opportunity twice for ideal jobs I had put my life on hold for. Willing to try whatever came my way, I received a response from Kingston Data and Credit, and we set up an interview. I was floored when, shortly afterwards, I was offered a position.

During the interview, I was warned that this position wasn’t what I thought it would be. To my utter amusement, I left the interview realizing they had actually made the job sound enjoyable and enviable. Without any prior experience in debt collection, I was hired based on what I understand today as my humble honesty and impressive personality. We exchanged risks; Blair (who hired me) took a risk on me, someone who’d never done this type of work but whom he hoped would add value to his company, and I took a risk on him, taking a job I was told by everyone I would hate in less than 24 hours.

Thus my first month with Kingston Data and Credit began. Everything I’d previously believed debt collection entailed was wrong; instead it was transformed and tweaked by Jason [Kingston] and Blair until what was left was a company that ran on team spirit, firm and confident employees, and open communication to and from all avenues of the organization.

After a month of working here, I’ve discovered what it’s like to be treated like a valuable member of a team, to be taught rather than scolded, and to be given confidence to manage my position and do it well. In my job with KDC, I spend my day calling debtors and offering them an opportunity to not only settle a debt but also be treated like a human being. Come in to our office at any given time of the day and you won’t hear a raised voice unless you dropped a crate full of crawling things on the floor. KDC’s method of sticking by the client’s right to be paid while treating the debtor as more than a dehumanized source of cash is what makes all the difference.

There are no small cubicles; my desk sits in large office space beside a 13ft window that overlooks the Grand River and the trails of Riverside Park. My computer doesn’t auto-dial for me all day long, and my timecard doesn’t get a black mark when I spend longer than three minutes in the bathroom. What’s made this month at KDC wonderful is that I’ve grown secure, very quickly, in the knowledge that I can be successful at this job because the environment Blair and Jason have created allows me to make mistakes and be greeted with constructive criticism rather than the threat of being fired.

KDC isn’t a morsel of what I expected it to be; the trust Blair and Jason have in their employees allows them to be honest with us, to teach us, and to provide the tools to become better collection agents, all while giving us the ultimate reward of a job where going home doesn’t feel like being saved from the crossfire.

Strangely, I feel that the biggest compliment I can give KDC is that I don’t feel cheated from my dreams and goals. While debt collection might not be glamorous, KDC values its employees more than I’ve ever seen in a retail environment, and what Blair and Jason have built is more than enough reason for me to enjoy going into work every day.

I enjoy what I do, and am glad to be doing it. It might still feel strange to smile while telling people I work in debt collection five months from now, but only by working at my sunlit desk for five more months will I get a definite answer. Despite what I was led to believe by others, I have no doubt that I can easily make it to that mark and still be pleased that I took a risk in the debt collection industry and landed firmly on my feet.

Renée Wilson is a Receivables Manager at Kingston Data and Credit. She is a recent graduate from Wilfrid Laurier University in Waterloo, Ontario, where she specialized in Journalism, Psychology and languages. Renée received her Bachelor of Arts in December 2011 and is already planning her next educational endeavor, striving to achieve a Master’s degree in Egyptology while delving into the world of collections. Her life outside of the classroom or her office includes writing, cooking, meditating and modeling.

Next Article: Will the CFPB Oversee Medical Debt Practices?