Don’t say you weren’t warned. The next few years will continue to be rocky ones for healthcare providers, thanks in no small part to developing trends in Medicare (and Medicaid).

On Monday the Congressional Budget Office released its monthly report that contained federal budget projections for the next 10 years. The director of the CBO, Doug Elmendorf, has been making the rounds of colleges and think-tanks and speaking on healthcare spending trends. His message over the past few weeks has been consistent, and while he is not an alarmist, the trends his agency have identified do not bode well for healthcare providers. Among them:

1. Medicare growth has slowed, but will continue to grow.

The reason, which we’ve known has been coming since 1960 or so, is the Baby Boom generation, which is now becoming the Medicare generation. The number of persons qualified to receive Medicare benefits will increase by one third in the next 10 years. “By 2024, roughly 60 percent of baby boomers will be over age 65 and receiving Medicare benefits,” writes Elmendorf. 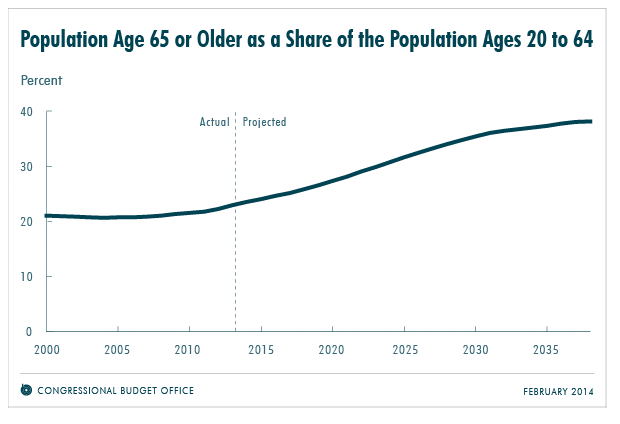 Medicare is no longer a speeding freight train heading for a cliff, but there is no future scenario where it will not continue to grow. This growth collides with ever increasing emphasis by the federal government to cut costs and reduce budgets.

For providers, expect the trend of ever-shrinking Medicare reimbursements to continue, even as Medicare beneficiaries become an ever-greater percentage of the total patient mix.

2. Medicare (and other federal healthcare programs) will outstrip GDP by 40 percent.

No, the CBO is not saying that federal healthcare will equal 40 percent of the gross domestic product, but that it is anticipated to grow 40 percent faster than the rest of the U.S. economy. According to the CBO, Medicare, Medicaid, subsidies for health insurance, and other federal spending programs represent 4.5 percent of GDP. By 2024, that figure will increase to more than 6 percent.

These figures are adjusted against revenues collected for Medicare, mainly premium payments, according to Elmendorf. 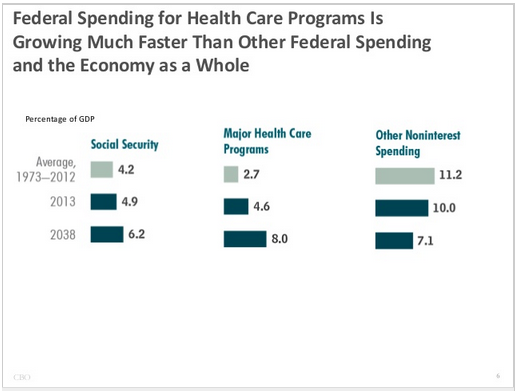 “In dollar terms, net federal spending for major health care programs in 2013 was about $750 billion; the corresponding figure for 2024 in our projections under current law is more than twice as large, topping $1.6 trillion,” he writes. “Of the nearly $900 billion increase, a little less than half is in Medicare and a little more than half is in Medicaid, CHIP, and exchange subsidies.”

If there was any doubt regarding the conclusions of the first trend above (namely that Medicare reimbursements will continue to shrink), this makes it a certainty. This was also a trend identified by Paul Keckley of the Deloitte Center for Health Solutions, who at last year’s HFMA annual conference pointed out that there was no scenario where bad debt for providers will reduce.

Medicare recipients will continue to receive services, but it is becoming more evident that constrained federal budgets will shift more of that burden onto others, namely beneficiaries via a new premium program, and healthcare providers. But the news for providers gets worse, thanks in large part to the third identified trend below:

3. Poverty among seniors is growing.

Admittedly this one is reading between the lines of Elmendorf’s various remarks. But there have been numerous studies and reports concluding that poverty among those over 65 is growing. According to Elmendorf, as the Baby Boomers become Medicare eligible, they will also swell the ranks of programs aimed at poverty, namely Medicaid.

“The aging of the population will push up spending for Medicaid,” he writes. “Older Medicaid beneficiaries are much more costly than younger ones, on average, because they tend to have greater need for both acute medical care and long-term services and supports, such as nursing home care. As a result, in 2013, only 8 percent of Medicaid beneficiaries were over age 65, but they accounted for about 20 percent of Medicaid’s benefit payments.”

Providers will be hit by a double whammy when it comes to seniors. Not only will Medicare reimbursements continue to shrink, but growing impoverishment of seniors will be an additional constraint, particularly as Medicaid expansion is rapidly turning into the biggest battleground politically nationwide. The fact that more than half the states in the nation refused to expand Medicaid per the Affordable Care Act is a pretty good indication of what will happen when more and more seniors qualify for the program.

The emphasis on better health outcomes is a double-edged sword when it comes to the federal budget. “Improve the health of the population (for example, by taking steps to reduce smoking or obesity, increase screening for diseases, or improve people’s compliance with treatment regimens for chronic diseases)—policies that make people healthier do not necessarily reduce federal spending,” Elmendorf recently explained at a talk held at Williams College in Massachusetts. 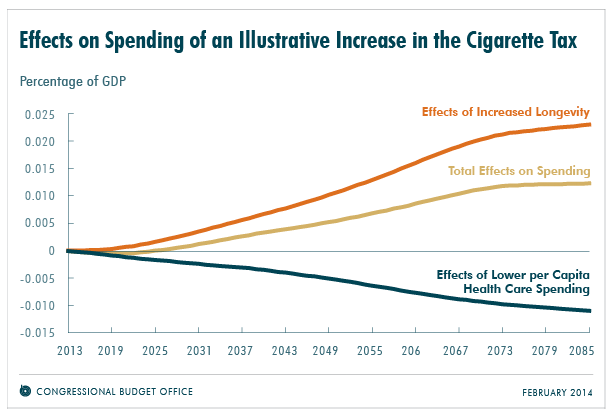 What this means for providers.

Expect the emphasis on “improving outcomes” by the federal government to continue, but not for the purpose of making people healthier, but instead to encourage them not to consume healthcare services.

The harsh reality is that by instituting programs such as setting Medicare reimbursement rates based on readmission rates of patients, the goal is to reduce healthcare spending, not necessarily improve the health of our senior population.

Providers can expect more programs along these lines, that is, programs that outwardly appear to focus on improving outcomes but that also reduce federal healthcare spending on a per capita basis.

Next Article: How Greater Visibility of Suppliers Can Aid ...