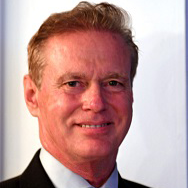 Richard Payne is based in the firm’s San Diego office. He has substantial experience in various aspects of commercial litigation.

He is skilled in litigating business disputes, including construction and construction defect, breach of fiduciary duty, fraud, fraudulent conveyance, alter ego liability, and violations of the Unruh Act, Song Beverly-Act, and the California Consumer Protection Act.

He also has experience in prosecuting and defending employment matters, including sexual harassment; discrimination, wrongful termination, retaliation, hostile work environment, wage and hour claims, breach of employment contract in court, before the Labor Commissioner and EEOC; and actions under the FMLA, CFRA, FEHA, and ADA.

Before entering private practice, Richard was a law clerk for U.S. District Court Judge William H. Orrick in San Francisco. In addition, he interned for the U.S. Department of Justice in San Francisco and in the Office of the San Francisco City Attorney.

Richard received his Juris Doctor from the University of California, Hastings College of the Law. There, he was associate articles editor of Hastings International and Comparative Law Review and a staff writer for Hastings Law News. He was awarded the American Jurisprudence Award in Immigration Law and the Cali Excellence for the Future Award in Legal Reasoning and Rhetoric.

He received a Master of Fine Arts degree from Stanford University. While at Stanford, he was awarded the Stern Grant and an Art Department Fellowship. He earned his undergraduate degree from the San Francisco Art Institute, where he graduated with honors.

Richard is admitted to practice law before the U.S. Supreme Court, the U.S. Court of Appeals for the Ninth Circuit, the U.S. District Courts for the Northern, Eastern, Southern, and Central Districts of California and all California courts.