It is with great sadness that the Haag Family and State Collection Service share the loss of Thomas D. Haag, Chairman and CEO. He passed away in perfect peace at home on Wednesday, November 23, surrounded by his family. 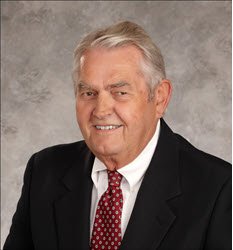 In his nearly six-decade career, Tom followed his father’s advice and built a company based upon integrity, respect and compassion. Tom made sure his employees always felt like family and saw the company grow to over 600 family members. He was especially proud to have the company voted a Best Places to Work year after year and was honored to be recognized as the Wisconsin Family Business of the Year.

Tom was a pioneer in the receivable management industry, and one of the most respected ACA International Presidents with too many accolades to count. But one thing for sure, his imprint will last for generations to come. He served for three decades with some of the best industry leaders in a benchmarking group, who became some of his closest friends.

Tom was most proud to be able to say that the family business his father started in 1949 had been passed on to the third generation when his son, Tim, took over as President in 2018 and with son-in-law Jim as Chief Security Officer.

His wife Tina worked alongside Tom in the business but most importantly was his soulmate for over 26 years. They were appropriately referred to as TNT and Grandpa Tina. Most importantly they cherished their families and friendships, opening their home to many.

The Haag family remains deeply grateful for the outpouring of generosity and care shown earlier this year in support of “Team Tom” when colleagues and friends from around the country raised $37,000 for Tom’s favorite charity “Cars Curing Kids.”

A Celebration of Tom’s Life will be held on June 10 at his garage, affectionately known as “The ToyBox”.

At the family’s request, memorials can be made to:

Tom may have been a man of few words, but he touched the lives of so many people. He leaves his legacy for all of us to build upon. Integrity. Respect. Compassion.