CHATTANOOGA, Tenn. – North American Credit Services is working to Stop Soldier Suicide, as part of a national campaign. “Sometimes our service men and women come home wounded inside and out,” said CEO Dallas Bunton. “Possibly while in other countries America’s heroes have lost wives, families and their sense of being a part of life. Too many times these brave service members become drained of the will to live and turn to suicide.” 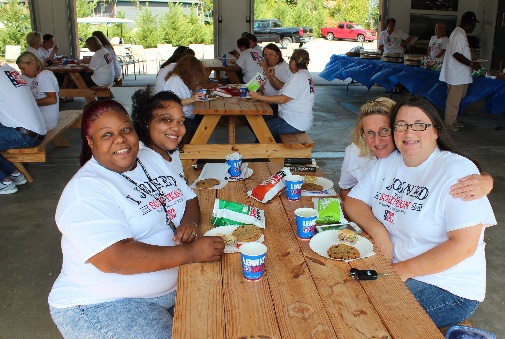 The employees and executive management at NACS and Medical Services in Chattanooga supported the mission of the Stop Soldier Suicide (SSS) Foundation, in empowering veterans for life, with multiple fund-raising activities last week. NACS owners Dallas S. Bunton, Sr. and Beverly J. Bunton committed to match dollar-for- dollar, plus a company donation of $3,000 over and above what was raised for a grand 2016 total of $5,800. 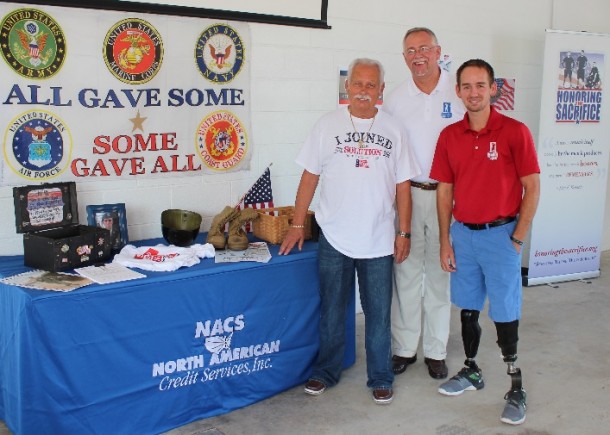 According to a 2012 Department of Veterans Affairs report, it’s estimated that 22 soldiers take their lives each day. There are nearly 23 million Veterans of war in the U.S. and 1.5 million active duty military men and women. Also reported in 2014 by the Center for Public Integrity, the suicide rate for Veterans far exceeds that of the civilian population. Additionally, the Stop Soldier Suicide Foundation estimates that over 400,000 Veterans suffer from Post-Traumatic Stress (PTS) along with 40% from Traumatic Brain Injury (TBI), both being reported as leading indicators of military suicide. “For way to long these heroes that have served our country and kept us safe, have often lost everything for themselves in the process,” states Mr. Bunton, a Veteran having served in Korea during the Pueblo Crisis with the 7th Infantry Division on the DMZ.

Wounded warrior Andrew Smith was a special guest along with his father Todd at Friday’s benefit luncheon, held in NACS employee pavilion as shown in photo with Dallas S. Bunton, Sr. Both Sgt. Smith and Mr. Bunton were able to share their personal testimonials in support of the cause, thanks to the local NBC-TV affiliate. You can see the video here: www.wrcbtv.com/story/33115386/chattanoogas-nacs-employees-work-to-stop-soldier-suicide