This article was originally published on December 21, 2015 and is reprinted with permission from Maurice Wutscher. 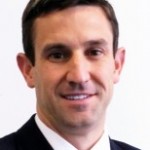 The United States District Court for the Western District of Missouri recently granted a debt collector’s motion for judgment on the pleadings, holding an internal account number displayed on the envelope of a demand letter did not violate the Fair Debt Collection Practices Act (FDCPA) because it did not reveal the plaintiff was a debtor.

A copy of the opinion in McShann v. Northland Group, Inc. is available at: Link to Opinion.

The plaintiff filed suit in March 2015, alleging the demand letter violated the FDCPA because it included her personally identifiable information, specifically, the account number. After the pleadings were closed, the defendant filed a motion for judgment on the pleadings.

It is a violation of the FDCPA to use “any language or symbol, other than the debt collector’s address, on any envelope when communicating with a consumer by use of the mails or by telegram, except that a debt collector may use his business name if such name does not indicate that he is in the debt collection business.” 15 U.S.C. § 1692f(8). Here, the letter allowed the plaintiff’s account number to be visible. Thus, under the plain language of the FDCPA, the defendant’s conduct was a violation.

However, as the Court noted, the Eighth Circuit has held that adhering to the plain language of the FDCPA would “create bizarre results.”Strand v. Diversified Collection Serv., Inc., 380 F.3d 316, 318 (8th Cir. 2004). Ultimately, the Eighth Circuit has concluded that the FDCPA “does not proscribe benign language and symbols” from being visible on the outside of an envelope. Id. at 319. Accordingly, the Court reasoned the key consideration was whether the plaintiff’s account number was benign.

The plaintiff argued the account number was not benign because it violated consumer privacy. The Court, however, disagreed. Instead, the Court reasoned the legislative purpose was to prohibit a debt collector from using symbols and language on envelopes that would reveal that the contents pertained to debt collection. While debtor privacy is a legitimate concern, the Court believed the purpose of the FDCPA was not to prevent disclosure of internal account numbers, but to prevent identification of the recipient as a debtor.

Accordingly, the Court held that benign information that does not reveal the recipient is a debtor may be included on an envelope. Because the account number contained on the letter to the plaintiff did not reveal she was a debtor, the Court held it was not improper under the FDCPA. Therefore, the defendant’s motion for judgment on the pleadings was granted.

Last year in Douglass v. Convergent Outsourcing, the Third Circuit Court of Appeals held that where the debt collector’s internal account number for the consumer could be seen through an envelope window, section 1692f(8) of the FDCPA is violated and the disclosure is not benign because “it is a piece of information capable of identifying [a consumer] as a debtor.” Further, the disclosure of the internal account number “has the potential to cause harm” to a debtor because it is private, non-public information.

McShann adds to the growing list of courts outside the Third Circuit that have rejected Douglass.