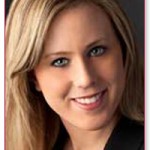 On May 19, 2016 the Seventh Circuit Court of Appeals rendered its opinion in Paula St. John, Yvonne Owusumensah, et al., & Bryan Sirota v. CACH, LLC, Cavalry Portfolio Services, LLC; & Unifund CCR Partners, Inc. At issue was whether 15 U.S.C. sec. 1692 e(5) dictates that a debt collector must intend to proceed to trial when it files a lawsuit to collect a debt. The Court agreed with Appellees that e(5) contains no such requirement.

The defendants in the case were debt collectors who previously filed state court collection suits in Illinois state court to recover on delinquent credit card accounts. Each collector attempted to dismiss the suits prior to trial and was then subsequently sued by the same plaintiff’s law firm for allegedly engaging in various deceptive practices during the course of the state court litigation. The particular issue on appeal though, however, was whether the debt collector must have a particular intent to prior to filing a lawsuit on a debt.

Specifically on appeal, plaintiffs argued that the filing of a debt collection lawsuit, without the intent to proceed to trial, violated 1692e(5). Section e(5) specifically prohibits making a “threat to take any action that cannot legally be taken or that is not intended to be taken.” According to plaintiffs, the “act of filing a lawsuit include an implied representation, or ‘threat,’ that the case will go to trial.” They therefore proposed that the filing of a lawsuit without the intent to go to trial ipso facto violated Section 3(5).

Agreeing with the district courts, the Seventh Circuit agreed that plaintiffs failed to state a viable claim. First, the Seventh Circuit did not accept the plaintiff’s proposition that the filing of a lawsuit, in and of itself, was an implied representation that trial was imminent. “Litigation is inherently a process”, the Court explained, and “recovery through that process may be achieved in many ways, and at different stages, of which trial is often not the most cost-effective or desirable.” “Indeed, the typical plaintiff at the outset of litigation likely hopes to recover through a less cumbersome avenue, such as a settlement or default judgment and would rather avoid the expense, inconvenience and uncertainty of trial.” Most helpful for the industry, was the statement by the court that “debt collectors who sue to recover a debt are no different than any other plaintiff. They too must weigh the anticipated costs of trial against the potential benefits when considering how far to advance litigation.”

This decision is significant because for years debt collectors have made this very argument to courts, regulators, and agencies.  For years, consumer attorneys have argued that debt collector litigants must be treated differently in the way that they litigate claims. However, the Seventh Circuit confirmed that the FDCPA was not intended to and does not serve to bar a debt collector from recourse to the courts. Debt collectors seeking to enforce their claims in the Seventh Circuit are safe to rely on the typical and customary “cost-benefit analysis when conducting litigation” and make decisions with “regard for expense and efficiency” as are all other litigants without fear of follow-on FDCPA litigation.