Is Spokeo the Death Knell to TCPA Litigation? Not Really? 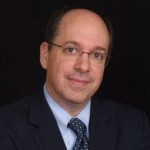 In May, the United States Supreme Court issued its opinion in Spokeo v. Robins addressing the requirements for Federal Court jurisdiction under Article III of the US Constitution. The Court held Article III standing requires a plaintiff to show injury that is both “particularized” and “concrete. In other words, the Court held that in order for a Federal Court to even address the merits of a case, the plaintiff must have actually personally suffered some real identifiable harm. This decision appeared likely to significantly impact TCPA litigation. Many of the cases brought under this Act seem to involve no actual impact on the respective plaintiffs. After all, the typical TCPA plaintiff cannot identify how the calls affected him, and most of the alleged calls were not even answered.

The Spokeo Court held that concrete, particularized injury is a pre-requisite for the Federal Courts to hear a case, and the Courts therefore have an obligation, sua sponte, to consider this factor in any case before addressing the merits. It sounds like a huge victory for the collection industry since courts would be required to judge whether the alleged violations harmed the consumer before allowing the case to proceed. Anyone expecting Plaintiffs to be thrown out of the courthouse en masse, though, should be sorely disappointed.

Since the decision, Federal courts have begun to address what actual impact is necessary to constitute a concrete injury in fact. So far, it appears very little. The courts seem focused on what the Supreme Court did not say. The Spokeo Court did not hold that a case requires actual damages, stating expressly that intangible damages would be sufficient to support jurisdiction. So the Federal District Courts have been writing about this intangible harm and what is required to show concrete, intangible damages stemming from a violation of a statutorily created right.

It seems clear that the alleged statutory violation itself is not sufficient to confer Federal court jurisdiction. Cases subsequent to Spokeo have confirmed that some degree of factual allegations of harm are necessary. For example, the Eastern District of Louisiana dismissed an action, filed pre-Spokeo, where the allegations in the complaint show only a bare violation of the TCPA with no allegations of concrete harm. Sartin v. EKF Diagnostics, Inc. In another pre-Spokeo case, Caudill v. Wells Fargo Home Mortgage, Inc., the court found allegations of purely procedural violations insufficient, but allowed the consumer to cure this deficiency by amending the complaint. When the plaintiff added allegations of invasion of privacy, the Eastern District of Kentucky found those allegations sufficient to survive a motion to dismiss. The court reasoned that the TCPA was enacted to protect against, among other things, invasion of privacy. So, an invasion of privacy claim was concrete, particularized, and the type of harm the statute was intend to combat. The Northern District of California held similarly. It quoted the Spokeo language in finding that an allegation of a procedural violation alone would be insufficient, but an allegation that defendant invaded his privacy would make the claim sufficiently concrete. Cour v. Life360, Inc.

So, it appears a plaintiff need only allege that the unwanted calls invaded his privacy. After all, couldn’t one always allege that an uninvited phone call to a cell number invaded the recipient’s privacy?  Courts across the country have gone beyond this invasion of privacy claim, though, and have accepted numerous creative bases for concrete injury. In Booth v. Appstack a Washington District Court found that time wasted answering or addressing robocalls is enough for a concrete injury.  A Georgia District Court found that a violation of the TCPA was a concrete injury because the busy plaintiff’s cell phone lines were unavailable during the time of the unwanted call. Rogers v. Capital One Bank (USA).

A West Virginia District Court went even further and held that Congress has the power to define injuries and give rise to a case or controversy where none existed before. So, the court reasoned, violation of the TCPA can be sufficient, even as a statutory right granted by statute, to constitute a concrete injury. Then, seemingly just to mollify the Spokeo Court, it found that the plaintiff was sufficiently injured by the depletion of her cell phone’s battery, and the resulting cost to recharge the phone. Mey v. Got Warranty, Inc. et al. The fact that these damages were apparently not alleged by the plaintiff is lost on the court who specifically found that “all ATDS calls” cause such harm. As these cases illustrate, the hurdle of “concrete” and “particularized” injury required to get a Plaintiff through the proverbial courthouse door after Spokeo appears to be really low, and the court itself may even boost a plaintiff over it.

It is a hurdle that requires clearing, however, and some courts have dismissed TCPA cases for failure to sufficiently allege an injury in fact. The Western District of Pennsylvania found that a plaintiff who acknowledged getting multiple phones for the express purpose of suing for TCPA violations could not maintain her action because she had not suffered a violation of her legally protected privacy right. She had, in essence, invited the calls, and suffered no harm thereby. Then, in an opinion with no written findings, a New Jersey District Court recently dismissed a TCPA case with prejudice for lack of standing under Spokeo. Susinno v. Work Out World.

So, the death knell of TCPA litigation? Hardly. In order to survive a motion to dismiss, it appears that a would-be TCPA Plaintiff is required to allege some form of describable injury that they claim to have actually suffered. The Courts appear to be telling us, however, that the type of such injury can be nearly anything, and the impact of such injury can be miniscule.