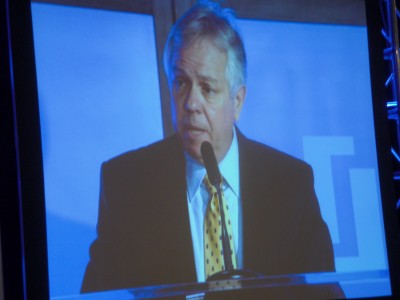 Last week one of the officials of the CFPB was asked point blank if a request by four U.S. senators to expand the agency’s oversight into healthcare was a possibility. John Tonetti, debt collection program manager in the Research, Markets, and Regulation Division of the CFPB gave a flat “no comment,” but explained that he had only learned of the request recently and was unaware of any response by his agency.

He thinks there will be some form of response. “When you get four senators writing to you, I’m sure we’ll do something,” he added.

To read a summary of Tonetti’s speech, visit our sister site, insideARM.com.

Tonetti, who spent most of his career working for creditors and A/R companies, joined CFPB in December. Tonetti spoke before a large group of collection and creditor professionals at Ontario Systems ”Play to Win” leadership conference held last week in Indianapolis. And while his focus was not on healthcare, he outlined how the CFPB was expanding its oversight from banks and credit unions to non-bank lenders — pay-day lenders, mortgage originators and mortgage service companies, as well as private student loan lenders. It also would be overseeing what it calls “larger participants,” which tentatively could include credit bureaus and consumer reporting agencies.

According to Tonetti, the biggest criteria for how the CFPB selects its targets for oversight is volume of business. And as more than one-half of all consumer debt is healthcare related, in what world would it be possible that the CFPB would not agree to enforce consumer protection laws in that market?