The Psychology of Credit Card Collections: Then and Now

Oh, for the good old days. I entered the collections profession in 1996. My training lasted a week and was conducted by one of the owners around a re-purposed dining room table in our small office. Day 1: FDCPA training. Days 2-5: primarily an explanation of the psychological nature of collections, along with various role-playing scenarios created to develop and hone one’s talk-off.

We were a credit card agency, and our list of clients now reads like a Who’s Who of that industry: Bank One, Prudential, Chevy Chase, First USA, Mellon, National City, Sears; and later, as we grew, the real big boys: Chase, Citibank, Capital one and MBNA/Bank of America. Looking back today, I can see some clear similarities between the credit card industry and the mortgage industry. The acronym “CC” which we used to denote a “Credit Card” could just as easily have stood for “Cash Cow” to the issuers; they couldn’t seem to dole them out fast enough. I suppose the flexibility of a credit card, as opposed to that of a mortgage payment, made it easier to mask the fact that multiple credit lines, in far- too-high denominations, were being issued to many people who lacked the means for repayment, or the understanding of the lifetime contract they were executing upon signing their credit card agreements. Nevertheless…

…We collected an awful lot of money. We were instructed to contact as many consumers as possible, explain why we were calling, and determine how motivated they were to resolve their past-due balance. The majority of these past-due customers would invariably offer to make some sort of monthly payment arrangement; however, most issuers had little confidence in these kinds of arrangements. “This is why they’ve offered you the chance to settle your account for substantially less than you rightfully owe.” You’d get the standard reply, “I don’t have $3,000! If I did, I wouldn’t be on the phone with a collection agency!” Then we’d suggest that they borrow the $3,000 from someone who might trust them, and making the monthly payments back to that person. 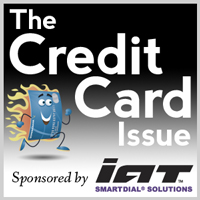 This would go on for a while with varying degrees of success depending on the collector’s skill level at motivating, educating, persuading, and ultimately achieving the desired result, i.e., converting a consumer who had not made a single payment in 6 months or more to one who was now making good on the entire obligation in a single, lump-sum payment. Because nobody wanted their “maybe” monthly payments, we continued to urge them to go borrow, explaining that the creditor cannot be expected to trust them a second time to make monthly payments.

Our “all or nothing” approach came with relatively low risk. Perhaps we’d miss out on $50/month from a suspect monthly payer once in a while, but for the majority of sincere consumers who were offering payments, it was rather easy to convert them into lump sum settlement payers. In those months and years that preceded The Great Recession a collector with confidence and linguistic skills could stand on a soapbox and preach about moral obligation. Most of us had been raised with the lesson that if you borrow money, you pay it back. Conveying this to the past-due consumers with whom we interacted every day struck a chord with many of them. Combined with the substantial savings in the form of the settlement, we came to expect a return call later that day from Mom, or someone else close to the consumer, offering to provide the funds required for the lump sum settlement. This and similar scenarios played out dozens of times a day across our growing office; hence the banks kept issuing and charging off more and more credit cards, and we kept growing.

1. Your jobs have been de-created; in short, you’re fired.
2. Additionally, the money you built up in your retirement plans and stock portfolios is no longer there, sorry.
3. Regarding the equity you’ve worked hard to build in your home over the years; see Item #2 above.
4. The people responsible for #1-#3 work at a place called Wall Street, and most of them are wealthy beyond imagination.

P.S. The folks mentioned in Item #4 above may also have loaned you some money on your credit cards under rules that have been determined to be very, very unfair to you. Regardless of the aforementioned items they still want you to pay the money back – with interest!

Letters like this one were crafted for millions of Americans during the first half of 2008. Most of us living on “Main Street” didn’t realize yet the depth and breadth of this crisis that we were facing. In October 2008 Treasury Secretary Hank Paulson (one of the fellows mentioned in #4) was seen on television sweating it out on the podium at The White House, in front of dozens of news cameras, trying his darndest to explain just how bad the problems with our economy really were, and what he was suggesting be done about them. As far as how we got into this condition, Paulson, the former Chairman and CEO of Goldman Sachs, neglected to mention that he had spent the previous 20+ years leading the charge against government regulation over the financial industry, and was among those foremost to blame for the Doomsday financial scenario facing the entire country.

During the years from 2000-2007, just about every segment of the population was targeted as a potential customer, typically with far too little attention being given to their qualifications as candidates to borrow money. Record-setting profits were being realized by the credit card banks and mortgage lenders, as well as by the collection agencies called upon to clean up the minor delinquency messes which were merely factored into the cost of conducting business. In October 2008 it became evident to those of us not in the know, that the proverbial chickens were coming home to roost.