Editor’s Note: Don Taylor has spent his entire career in the collection vertical of educational / government debt and has significant experience with colleges, universities, private lenders, guarantors and the U.S. Department of Education.  As a collection agency executive, his experience and knowledge provides a unique perspective of the student loan collection process.

I have spent 34 years working on student loan repayment and collection issues with colleges, universities, guarantors, private lenders, and the Department of Education (ED). During that time student loan collections has evolved considerably.

In the 1970’s collecting student loans was fairly basic, similar to other debt types.  Upon graduation or departure from school, many students failed to maintain communication with lenders or their schools as they entered the workforce.  Collecting on defaulted student debt required skip tracing to locate the borrower, discussing repayment options, and facilitating payment. 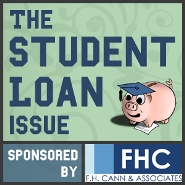 Many student loans are need-based , so  a student’s ability to pay improved over time as they secured better employment and became financially established.  To recover these debts, a common and successful client practice was to place defaulted student loan accounts with collection agencies multiple times until the student was located and had the ability to repay.  Again, this is similar to any other debt type commonly worked in the ARM industry. Until 1993, there were few payment options for student borrowers other than paying cash on their overdue educational debt.

Everything Changed in 1993; More Options for Student Debtors

The Omnibus Budget Reconciliation Act of 1993, which included language that was previously introduced as the Student Loan Reform Act, significantly amended the Higher Education Act of 1965 (HEA).  This legislative change affected the recovery of defaulted student loans by introducing loan consolidation and Administrative Wage Garnishment (AWG).  The law also retroactively eliminated the statute of limitations for federally-guaranteed student debt.  Borrowers with loans originated as far back as the 1960’s were contacted to repay or face AWG.

The student loan consolidation measures probably had the most profound immediate impact on collection emphasis. Student loan borrowers were given the additional option to consolidate after qualifying by making six monthly payments.  Consolidation was effectively a refinancing of the original loan(s) for those students who desired to work with one lender or were experiencing financial difficulty.   Thousands of students benefited from this option to quickly remove themselves from default after just six payments.  Considering the dollar volume, consolidation of federal student debt was the primary method of defaulted debt resolution through the remainder of the decade.

In the late 1990’s there was a significant shift to loan rehabilitation which is the overwhelming method of resolution for federal student debt.  While initially requiring twelve timely monthly payments to qualify, legislation was subsequently enacted in the 2000’s to allow nine timely payments in ten months.  For Federal Family Education Loans (FFEL) — or guaranteed loans — after the required payments were made, lenders still had to agree to rehabilitate the loan(s).  Lenders provided specific requirements for minimum payments to accept the rehabilitation.  Today, borrowers have the option to rehabilitate, consolidate, or to begin a repayment program.  Of particular note, a successful rehabilitation resulted in the borrower’s credit report being cleared of any derogatory information on the loan.  This effectively gave them a fresh start or second chance.

Amid concerns that some percentage of rehabilitated loans were falling back into default, Congress in 2008 amended the HEA to limit each borrower to a single rehabilitation per loan.  There also have been changes to the original consolidation program where today a student borrower can consolidate a defaulted loan(s) with no prior payment.  A significant benefit to the borrower is the Income Contingent / Income Based Repayment option which uses IRS Adjusted Gross Income and dependents to determine the payment amount. Using an annual calculation, student borrowers who have little or no income do not have to make payments and are not considered in default of their loan.  Interest continues to accrue even if payments are not required.  Unlike rehabilitation, consolidation also does not remove negative credit from the underlying loan(s).

For the past 20 plus years, ED has always closely monitored the private collection agencies (PCAs) for adherence to the contract requirements and complaint volume.  At the same time ED has either changed or facilitated modifications in their policies and procedures often benefiting the student borrower.  While some of these are mandated from amendments to the HEA, ED effectively manages the program balancing the needs to help borrowers and collecting on debts owed to the Federal Government.

One key provision ED implemented on their PCA contracts several years ago was rewarding borrowers with the waiver of the collection cost balance upon successful rehabilitation.  In most cases this would result in the amount waived being greater than the total of the nine monthly payments to qualify for the program.  This incentive to complete rehabilitation often saves borrowers from hundreds to thousands of dollars.

Next Article: State, Local Government Turning the Screw on ...