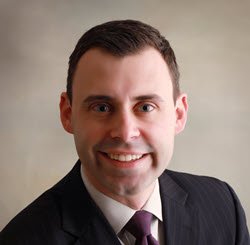 WEST MONROE, La. – Coast Professional, Inc. (Coast) is pleased to announce the promotion of Micah Pulliam, CPA to President, which expands his role to President/Chief Financial Officer (CFO). He began his Coast career as Vice President of Finance in 2015 and later earned a promotion to Chief Financial Officer (CFO) in 2018, at which time he became a member of the company’s Operating Board, a role he will continue to maintain as President/CFO. He has played a vital role over the last six years in managing the fiscal responsibilities of the organization. Mr. Pulliam has 12 years of experience in financial operations and executive management.

During Mr. Pulliam’s career at Coast, the company has achieved significant financial milestones including a 353% increase in revenue, the opening of additional call centers,  office expansions, and national award recognitions including four years on Inc. Magazine’s Inc. 5000’s Fastest-Growing Private Companies in America. During his tenure, Mr. Pulliam has played an integral role in Coast’s strategic culture shift, resulting in increased employee retention and morale, as well as a number of awards touting Coast to be one of the best places to work in its industry.

In his new role as President/CFO, Mr. Pulliam will continue overseeing the fiscal responsibilities of the organization, while ensuring Coast’s compliance with its stated mission. This includes oversight of all departments, Operating Board membership, and the development of company-wide growth initiatives alongside Coast CEO, Jonathan Prince. In speaking about his new role, Mr. Pulliam states, “I am honored to take on this expanded role and excited to continue to represent the exceptional family we have built at Coast. I look forward to investing in our team and our communities through continued growth for our organization. It is an exciting time to be part of the Coast family and I am humbled to have the opportunity to help lead us through further progress and success.”

Everett Stagg, Co-Chairman of the Shareholder Board commented on Micah’s promotion, “Micah is an exemplary leader who has the knowledge, passion and resolve to lead our company into the future. As CFO, he demonstrated significant financial acumen, budgetary precision, and a thorough understanding of economic principles leading to new company milestones. I have complete trust in Micah’s ability to steer our company and further our corporate mission. Congratulations Micah on this new chapter in your career.”

Brian Davis, Co-Chairman of the Shareholder Board added, “I want to first congratulate Micah on this incredible achievement. Micah brings to his new role as President / CFO an incredible ability to combine data-driven decisions with a perceptive intuition that creates value for the company and our employees. I’m confident in Micah’s ability to advance Coast, develop reasoned strategies, and create systems of success that further our organizational cause. He is a driver of the company’s long-term prosperity and I’m thrilled to see where he leads Coast.”

As an active member in the Ouachita Parish community, Mr. Pulliam serves in numerous civic leadership roles, including participating as a board member for both the Monroe Chamber of Commerce and the University of Louisiana Monroe Athletic Foundation. He also serves as a board member and financial director of ACTS, a part of Jesus the Good Shephard Catholic Church. In 2016, Micah was named to the Top 20 under 40 list by the Northeast Louisiana Young Professionals and the Monroe Chamber of Commerce. He and his wife, Haley, and their three boys live in Monroe, LA.

Coast Professional, Inc. is an accounts receivable management and call center company, dedicated to respectful and ethical communication with consumers. Coast provides professional services to hundreds of campus-based colleges, universities, and government clients. Coast is a seven-time honoree on the Inc. 5000 list for America’s Fastest-Growing Private Companies provided by Inc. Magazine and in 2020, was recognized for the fifth time as one of the “Best Places to Work In Collections” by insideARM.com and Best Companies Group. Since 1976, Coast has worked closely with clients to increase recoveries by assisting consumers in resolving their financial obligations. Coast’s success is exemplified by exceptional recoveries, superior service, and dedication to the highest levels of compliance. More information about Coast can be found at www.coastprofessional.com