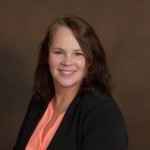 Once focused almost exclusively on eleventh-hour contingency collections, a growing number of commercial collection agencies are collecting debts as young as 30 days past due, making the benefits of first-party outsourcing more accessible to B2B clients.

This trend is fueled by business forces acting on both the creditor companies and the agencies.

For most B2B companies, the first-party collections programs offered by Business Process Outsourcing services aren’t usually an option, as BPOs often require a minimum number of accounts larger than the relatively small client base of most B2B businesses.  But the B2Bs are dealing with the same pressures to do more with less that have led consumer-based businesses to outsource accounts receivable functions.  Outsourcing some or all of these a-little-late accounts to a commercial collection agency improves cash flow and frees the business to acquire more customers – even when owners or stock holders are not ready or willing to authorize more credit department hires. Because the debts are younger and easier to collect, first-party collections cost less.

The growing acceptance of telecommuting is also contributing to the trend, adds Greg Cohen, president of both the International Association of Commercial Collectors and Caine & Weiner, Woodland Hills, CA. “When you’re already moving away from the corporate culture of having people sitting next to each other, you become more comfortable with using an outsource partner.”

“Our clients have asked for this,” said IACC member Ken Wojtach. Wojtach is vice president/operations of HS Financial Group in Cleveland, which is launching a new program. He discovered that many creditors’ late accounts were in a sort of collections limbo, with debts not large enough to get much attention from limited in-house staff, not numerous enough to be sent to a BPO and not old enough to make the business willing to send them into third-party collections.

While no two commercial collection agencies’ first-party or similar-to-first-party programs are identical, IACC finds they tend to have traits in common.

In 2014, Ryan Ross, Director, Global Treasury, for education technology company Blackboard, had a team of nine accounts receivable professionals serving 6,000 customers. If a $25,000 bill was late, someone from the team would certainly call. “But there was no way we could get to the $400 or $500 invoices from a pure bandwidth perspective. My team might get to follow up only once every couple of months.”

As a result, smaller accounts would age past 90 or 180 days with a single call or email. Complicating matters, every school has different back-office procedures, and it wasn’t unusual for a bill to go unpaid because it didn’t reach the appropriate department or had erroneous billing information, for example. Reaching all of these customers with Blackboard personnel was impossible, but “It would be a shame to alienate these customers by sending them into hardline, third-party collections,” Ross said.

Ross and his team kept their largest accounts, but outsourced the smaller ones to a collection agency hybrid program through which agents work relatively young debts with customer service techniques but identify themselves as agency employees.

Since beginning the relationship, Blackboard has sent 3,000 late invoices through the program and collected $27 million. “This program and first iteration of placed items resulted in a nine-day reduction in our overall DSO — huge from a working capital perspective,” Ross said. “In addition, we received very little pushback from customers, on less than 1% of total items placed.”

Advice from Ross: Control your data

Blackboard’s first invoice batch included all that had reached a set number of days past billing. “We did not vet the list enough internally,” Ross said. On it was one of Blackboard’s biggest and best customers. The customer’s single late invoice was unpaid because they were working through a dispute, in the friendliest way possible.  They were also about to sign a multi-million dollar contract on a new service package and were and a bit unhappy to get a call about the small disputed debt. Fences mended, lesson learned.

SoTel Systems Accounts Receivable Manager Delilah Morkisz was a one-woman department. “I had some soft-collections that needed to be done, but I couldn’t handle all of it alone,” she said.  The company hoped to hire more AR staff in about six months, but she needed an immediate solution.

SoTel considered several proposals before outsourcing to the agency that was already providing their third-party collection services in July 2014.  Morkisz placed about 250 accounts. “The biggest ones who I talked to every day I kept,” she said. “The ability to choose who we sent over was important,” she said, not only because she wanted to work personally with the largest clients, but because some would have technical questions regarding SoTel services that could more easily be answered in-house.

The agency recovered 86 percent of the delinquent portfolios within 45 days.

“I didn’t have the stress and I didn’t have to put in as many hours as I had been,” said Morkisz, who recently accepted a position with another company.

Advice from Morkisz: Ask for exactly what you want

SoTel wanted the contractor handling these calls to make two phone calls and send one email reminder to each customer within one month. “All of these parameters should be flexible,” she said.

Not every agency that says it offers these services actually wants to collect accounts while they’re still young.

“There’s programs out there literally designed to generate contingency collections,” said IACC member Rudy Schatzmann, national account manager for Altus Global Trade Solutions in Kenner, LA.  “They charge by the unit, often very inexpensively, but most are letter services only.  There’s not any contact by phone, even to make sure the letters were received. And there is a requirement that at the end of the campaign, the accounts go to contingency collection, which is where these companies are really making their money.”

The outsourcing partner Blackboard chose offers a guarantee: If an invoice ages out without payment, the client can substitute another unpaid invoice at no cost.

Businesses can also find assurance by using an agency they already have a relationship with – ask, as some offer this service only to existing third-party customers and do not advertise.   They can also hire separate agencies for first-party and third-party collections.

Some agencies offering first-party service may not be deceptive, but may not be very effective, either, said IACC member Steve Wolff, principal at McCarthy, Burgess & Wolff in Cleveland.

The best way to avoid hiring the wrong agency is to ask lots of questions.

“You want to know how they are going to achieve the results represented,” Wolff said. “Ask what kind of contacts will be made with the late customer and for proof that the agency has adequate resources dedicated to first-party collection, from proper training to the right software.”

Wolff’s bottom line: “Define the metrics that will be used to measure success, so that the agency can be held accountable.”

[Editor’s note: insideARM is hosting its second annual First Party Summit, October 17-19, 2016, just outside Chicago. If you do hire firms to do first party work for you, if you are a first party outsourcing partner… or if you are thinking about becoming either of the above, this conference is the place you need to be.]

Next Article: Learn the Latest Industry Trends During ARM ...