Court Affirms Dismissal of Crawford Case for FDCPA ‘Time-Barred’ Proof of Claim, Case Was Itself ‘Time-Barred’

This article was originally published on the Maurice Wutscher blog and is republished here with permission. 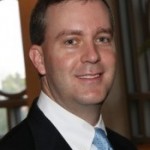 On July 10, 2014, the United States Court of Appeals for the Eleventh Circuit issued its opinion in Crawford v. LVNV Funding, LLC. That opinion began by decrying the “deluge” of proofs of claim filed by debt buyers on debts that are unenforceable under state statutes of limitations. It ended by holding that the filing of a “stale” claim in bankruptcy violates the Fair Debt Collection Practices Act. As expected, the Eleventh Circuit’s opinion led to another sort of deluge: numerous FDCPA claims based upon the filing of proofs of claim or other collector conduct in bankruptcy. While courts across the country are dealing with the fallout of Crawford, the adversary proceeding that started it all has been dismissed because, as it turns out, it was filed too late.

After the Eleventh Circuit’s ruling in July 2014, Crawford was remanded back to the United States Bankruptcy Court for the Middle District of Alabama. On remand, the defendants again moved to dismiss the debtor’s adversary proceeding, this time on the grounds that the debtor’s claim regarding a time-barred proof of claim was itself barred by the FDCPA’s one-year statute of limitations. The Bankruptcy Court granted the motion to dismiss and the debtor appealed that dismissal to the U.S. District Court.

On Aug. 9, 2016, the District Court affirmed the Bankruptcy Court’s dismissal of the adversary proceeding. The proof of claim at issue was filed on May 21, 2008, but the debtor did not file his adversary proceeding until May 3, 2012, well beyond the FDCPA’s one-year statute of limitations. The debtor argued that his adversary proceeding should be treated as a compulsory counterclaim or as a claim in recoupment. Under the debtor’s analogy, the filing of the proof of claim was like the filing of a lawsuit, which would serve to toll the statute of limitations for a compulsory counterclaim. And a claim in recoupment generally survives the expiration of the limitation period.

The District Court noted that compulsory counterclaims and claims in recoupment must arise out of the same transaction as the original claim. Here, the original claim arose out of the debtor’s purchase of furniture on credit back in 1999. But the debtor’s FDCPA claim concerned the method of collecting the resulting debt. Because the debtor’s FDCPA claim “does not rise out of the same transaction as and is ‘not logically related’ to [the collector’s] proof of claim,” it cannot qualify as a compulsory counterclaim or as a claim in recoupment.

The debtor can now appeal this dismissal to the Eleventh Circuit. But as things currently stand, he recovers nothing in this case. In fact, because he failed to timely object to the proof of claim, the very proof of claim that lead to his FDCPA claim is included in his bankruptcy plan.

While an ironic outcome, this latest chapter in the Crawford saga does not change the legal treatment of “time-barred” proofs of claim in the Eleventh Circuit. Indeed, the court just revisited the issue in a May 2016 opinion. In Johnson v. Midland Funding LLC and Brock v. Resurgent Capital Services, L.P., the Eleventh Circuit held that there is no irreconcilable conflict between the FDCPA and the Bankruptcy Code. But other circuits disagree with the Eleventh Circuit. In July, the U.S. Court of Appeals for the Eighth Circuit held in Nelson v. Midland Credit Management, Inc., that “[a]n accurate and complete proof of claim on a time-barred debt is not false, deceptive, misleading, unfair, or unconscionable under the FDCPA.” And on Aug. 10, 2016, the U.S. Court of Appeals for the Seventh Circuit, in Owens v. LVNV Funding, LLC, likewise declined to follow the Eleventh Circuit’s approach. It is anticipated that the U.S. Court of Appeals for the First, Third, Fourth and Sixth Circuits will issue opinions addressing the treatment of “time-barred” proofs of claim under the FDCPA within the next year.