Committee Chairman Richard Shelby (R-AL) raised the concerns shared by industry the CFPB remains “one of the least accountable agencies in the federal government,” and that consumers have been harmed by the fact that this has led to companies offering fewer products and services to those the Bureau was intended to help. He continued, “I have long advocated for sensible consumer protections, but I do not believe they should be used as a substitute for an individual consumer’s independent judgment…Also, so-called protections should not be implemented without regard to their costs or their effects on economic growth or the safety and soundness of any particular financial institution.”

Ranking Committee Member Sherrod Brown (D-OH), lamented the fact that there was only one consumer representative on the Hearing panel, and declared that “The CFPB has been a success. The agency has taken strong actions in a number of consumer finance markets that previously had no federal oversight, including credit reporting, debt collection, payday loans, student loan servicing, and auto finance.” He countered Shelby’s claim that fewer financial products are available to consumers, “Those who say that credit is not available to consumers today are not paying attention. Credit is available and it is growing month after month.”

Zywicki, who published a paper in 2015 entitled “The Law and Economics of Consumer Debt Collection and Its Regulation,” shared his conclusions that new restrictions have burdened consumers. He opened his testimony stating that he supported the need to unify consumer financial protection policy under a single agency, but that the CFPB has “squandered this unprecedented opportunity to modernize the consumer credit system to promote competition, consumer choice, and innovation.” 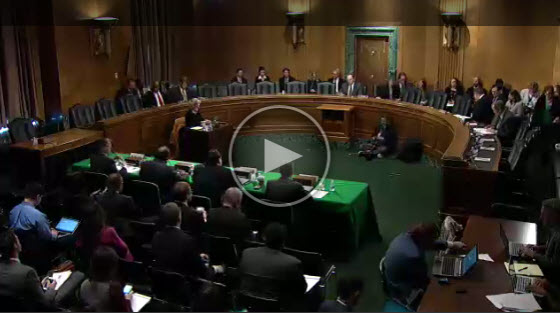 He adds that “By stripping consumers of mainstream financial products such as mortgages, credit cards, and bank accounts, Dodd-Frank has driven the most vulnerable into the arms of check cashers, pawn shops, and payday lenders…” Zywicki’s written testimony includes data, which he uses to show –among other things– the reduction in availability of free checking accounts since before Dodd-Frank. He blames this on the Durbin Amendment, which imposed a “hard cap” on permissible interchange fees for debit card transactions. He predicts a similar result when the Bureau announces the anticipated payday loan rule this year, suggesting that the expected imposition of “ability-to-pay” requirements will force approximately 80% of payday lenders out of business.

“Choking off access to payday loans, auto title loans, and other similar products without ensuring the availability of reasonable alternatives could impose substantial harm on many consumers, resulting in bounced checks, eviction, termination of utilities, or even reliance on illegal loan sharks.”

Hirschmann urged the CFPB to use its power to create clarity and consistency:

Reverend Gable suggested that “Payday loans and their close cousins, car title loans, are an abomination in plain sight,” and shared a story of one consumer who turned a $300 loan into a $2,500 debt, which she lost her car and other personal possessions in order to pay. He also shares that his community has helped to pay the payday loan debts of many individuals and that, had those individuals come to him sooner (before the first payday loan), so that “more of our congregation’s funds could benefit people in need instead of paying off economic predators.” He argues that legislators should limit the cost of credit to 36% annual interest or less.

Like the others who testified, Gable addressed a wide range of topics, including bank overdraft practices, prepaid cards, auto lending, arbitration, and debt collection. As it relates to debt collection, Gable offered only generalities, that “Debt collectors commonly engage in harassment and threats; they commonly attempt to collect debts consumers never owed, or no longer owe…Though existing laws are not as strong as they must be, debt collectors routinely break them.” He suggests that “[new debt collection rules] will permit collection of debts while, we hope, requiring that this collection be done without employing abusive tactics. This is reasonable and necessary. This is not extreme.”

Tomorrow, the Committee will hear from CFPB Director Cordray as he presents his Semi-Annual Report to Congress.

Next Article: Strategic Acquisition of Altus to Drive Significant ...