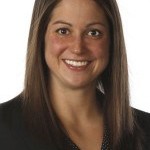 The U.S. District Court for the Eastern District of North Carolina recently rejected a defendant’s arguments that its contract with the plaintiff did not allow revocation of prior express consent under the federal Telephone Consumer Protection Act (TCPA), and that the defendant’s telephone communication system was not an “automatic telephone dialing system” under the TCPA.

A copy of the opinion in Cartrette v. Time Warner Cable, Inc. is available at:  Link to Opinion.

In 2013, the plaintiff requested that the defendant install cable services at her home, and agreed to a services agreement that included a paragraph titled, “Robo-Calls,” stating: “[Defendant] (or persons acting on our behalf) may use automated dialing systems or artificial or recorded voices to contact you or leave you messages if you do not answer.”  The plaintiff also provided the defendant with her cell phone number.

The defendant called the plaintiff using its proprietary communication system, the Outbound Enterprise Interactive Voice Response (IVR). The IVR was integrated with the defendant’s billing system, which contained information about customer accounts, including customers’ telephone numbers.

Each day, the IVR reviewed the billing system to identify overdue accounts and call the telephone numbers associated with those accounts. If a call was not answered, the IVR left a voicemail message asking the customer to return the call. If a call was answered, the IVR played a message asking to speak with the account holder, and if the call recipient indicated that she was the account holder then the IVR played another message providing information about the overdue account.

As you may recall, the TCPA imposes liability as follows:

It shall be unlawful . . . to make any call (other than a call made for emergency purposes or made with the prior express consent of the called party) using any automatic telephone dialing system or an artificial or prerecorded voice . . . to any telephone number assigned to a paging service, cellular telephone service, . . . or any service for which the called party is charged for the call.

With respect to revocation of prior express consent, the Federal Communications Commission (FCC) recently issued a Declaratory Ruling and Order (“2015 FCC Ruling”), clarifying that under the TCPA “[c]onsumers have a right to revoke consent, using any reasonable method including orally or in writing. Consumers generally may revoke, for example, by way of a consumer-initiated call, directly in response to a call initiated or made by a caller.”  In the Matter of Rules and Regulations Implementing the Tel. Consumer Protection Act of 1991, 30 FCC Rcd. 7961, 7996 ¶ 64, 2015 WL 4387780 (2015).

The defendant telecommunications service company argued that the TCPA and the defendant’s services agreement afforded the plaintiff no right to revoke her prior consent to receive autodialed telephone calls from the defendant.  The defendant also argued it did not use an automated telephone dialing system (ATDS) as defined in the TCPA, and that the content of its calls fell outside the scope of the TCPA.

The District Court here reasoned that in cases involving revocation of consent under the TCPA, a consumer complaining about unwanted telephone calls often has a contractual relationship with the company placing those calls.  When a consumer enters into a contract with a service provider, the contract may require that the consumer provide her telephone number and consent to receiving automated or prerecorded calls.  Provision of a cell phone number demonstrates express consent by the cell phone subscriber to be contacted at that number.

However, the Court held, such a contract does not prevent a consumer from revoking her prior express consent pursuant to the TCPA. The District Court noted that other courts have held that parties lack legal authority to contract around rights provided by the TCPA.

In light of the FCC Ruling and existing case precedent, the Court held that there was a genuine issue of material fact regarding whether the plaintiff’s instructions to the defendant constituted a valid revocation.

The District Court further held that the defendant’s position that the TCPA affords no right to revoke consent was “ill-founded,” because the defendant’s motion for summary judgment was filed without benefit of the recent 2015 FCC Ruling, and because the defendant’s argument relied upon a handful of non-binding district court opinions that themselves acknowledge other courts’ recognition of revocation. The District Court further noted that the validity of these cases is called into question by the 2015 FCC Ruling.

The Court additionally held that the defendant’s other argument, that its services agreement prevented the plaintiff’s revocation under the TCPA, also lacked legal support.  The defendant attempted to distinguish its services agreement from courts’ readings of other contracts on the basis that it contains a clause explicitly addressing autodialing.  The Court disagreed that the distinction was remarkable where consumers’ provision of their telephone numbers represents the same express consent as their signature on a contract.

The District Court reasoned that the plain language of the services agreement is silent with respect to revocation of consent to autodialed and prerecorded voice calls.  Moreover, the defendant presented an unsigned, form copy of the agreement, which it uses for all of its customers, and the terms appear not to be negotiable; and use of an autodialing system is not an essential term of the agreement.

For all of these reasons, the Court held that the plaintiff had a valid right to revoke her prior express consent pursuant to the TCPA.

Regarding whether the defendant’s IVR was an ATDS, the defendant contended that the “present capacity” of the IVR did not include the ability to use a random or sequential number generator.  The plaintiff disagreed, pointing to the IVR’s present and potential ability to dial telephone numbers from a preprogrammed calling list without human intervention.  The Court agreed with the plaintiff, holding that the defendant’s IVR was an ATDS as that term is used for purposes of the TCPA. See § 227(a)(1).

The District Court further noted that independent of the TCPA’s prohibition on nonconsensual telephone calls made using an ATDS, the TCPA also imposes liability on parties that use an artificial or prerecorded voice to call a cell phone without prior consent. § 227(b)(1)(A)(iii).  Therefore, independent of the Court’s determination regarding the defendant’s use of an ATDS, the Court ruled that the plaintiff established a genuine issue of material fact that defendant’s IVR satisfies § 227(b)(1)(A) through its use of prerecorded voice messages.

Finally, the Court held that the defendant’s argument that the content of its call fell outside the scope of the TCPA was without merit.  The defendant argued that its calls related to an overdue account, and not to telemarketing.  The Court held that “calls concerning plaintiff’s disputed debt were analogous to debt-collection calls, which fall within the scope of the TCPA.”

The Court concluded by noting that it was considering entering summary judgment in the plaintiff’s favor, and ordered the defendant to show why summary judgment should not be entered against it.