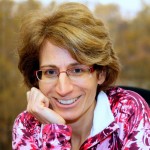 We at insideARM have been watching the case unfold in Texas about the individual who was arrested, as it was initially told, for not paying off his old federal student loans. The consumer claimed he had no idea why he was being arrested, and he had not had any communication about his loan in 30 years.

This is one of those instances when we in the legitimate debt collection community shake our head and think, “there is definitely more to the story that we are not hearing.” We know this is not a typical practice; neither collection agencies nor collection lawyers send U.S. Marshals to arrest people simply because a debt is owed. Yet, ugh. Here it is in print, on television news, and all over the Internet. People love to talk about these stories. It’s difficult for debt collectors to win this PR war.

So I was pleased to see an article this weekend by Michelle Singletary, a syndicated Washington Post columnist, and frequent writer about debt collection. Ms. Singletary is not an industry reporter; her columns are written — in an accessible way and most often with a smart sense of humor — from the perspective of the consumer, and with the intent to educate about personal finance. She described her reaction to the story, which was similar to mine. She said,

…But as I watched a video of the interview, something didn’t seem right.

I’ve been reporting on debt collection for decades and never had I heard about anyone being arrested just because they hadn’t paid their student loans. People get their wages garnished. Their credit scores get decimated. But arrested?

Well, thank goodness, there was more to Aker’s story. And there are two lessons to be learned. First, there is no need to panic: You cannot get arrested simply for defaulting on your federal loans. …Second, the key to all of this is communication.

Singletary explained that during the original news broadcast, the consumer who was arrested was asked he had been notified by anyone about the state of his loan. That’s when he responded “Nothing in almost 30 years.” But it turns out of course that this was not true. Court records dating back to 2007 showed that he had indeed been contacted. She quotes Richard Hunter, chief deputy for the U.S. Marshals’ Southern District of Texas:

…The key to all of this is communication. If you have a loan that you’re behind on, call the Department of Education and get a deferment or request a payment plan. If you have received a court summons, by all means communicate with the court. If you choose not to, at some point the federal judge handling your matter may order the U.S. marshals to bring you to court.

ARM industry groups have been saying (pleading) for a long time that if only they could communicate with consumers, so many negative consequences could (like lawsuits) be avoided. Only a small percentage of those who receive the required debt collection letters ever respond. Likewise, a very small percentage of consumers who receive phone calls pick up the phone or return a voicemail. State and federal regulations make leaving a clear voicemail nearly impossible, and cause an incredibly awkward conversation to occur if they do and then a consumer calls back (i.e. Tell me who you are so I can [legally] tell you why I was calling; No – tell me who YOU are before I tell you who I am… understandably, because, unfortunately we live in an age of identity theft).

And of course, the Federal Communications Commission has determined that it’s better for everyone if companies roll back technology progress by about 30 years in order to call consumers on a mobile phone which, because of technology progress, has become the primary – or only – mode of communication for an increasing number of consumers.

It’s a conundrum. All of the rules – which have so many grey areas – have pretty much cut off communication between consumers with good intentions and legitimate debt collectors working on behalf of creditors (like the U.S. Government, and its taxpayers) who are entitled to pursue payment. Yet the small number of consumers with poor intentions and the thieves who call themselves collectors will never follow the rules, no matter how many there are.