Are We Closer to Understanding 'Meaningful Involvement'? Bock v. Pressler & Pressler May Show the Way 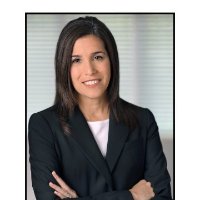 On November 10, 2015, the Third Circuit Court of Appeals heard oral argument in the case of Bock v. Pressler & Pressler. Observers saw this as a significant case, with far-reaching impact upon attorneys who engage in debt collection litigation.

From the tone of the Circuit Court’s questions, it was clear that policy consideration were at the center of the Court’s focus. Sitting on the panel were Judges Majorie O. Rendall, Michael A. Chagares, and Maryanne Trump Barry.

In Bock, the Pressler firm filed a collection law suit against a consumer in state court. The consumer, Daniel Bock, Jr., hired an attorney and settled the case for a monetary sum. Shortly thereafter, Bock brought a Fair Debt Collection Practices Act (FDCPA) claim against Pressler, alleging that the law firm filed the state court complaint without any meaningful review. In discovery, the attorney with the Pressler firm, who was responsible for the case, testified that he reviewed the file in “4 seconds.”  Both sides filed Motions for Summary Judgment and the District Court of New Jersey found that the meaningful attorney involvement standard, which applies to a letter sent by an attorney, can also apply both to pleadings and the filing of a complaint. Thus the District Court found that as matter of law, Pressler violated §1692e(3) when it signed and filed the state court complaint against Bock, because Pressler lacked any meaningful attorney review.

Prior to Tuesday’s oral argument, the Court sent notice to all counsel requesting each to address the case of  Spokeo Inc. v. Robbins, which was argued before the United States Supreme Court on November 2, 2015.  Specifically, the panel was concerned whether the decision in Spokeo could directly impact the Bock case, which, like Spokeo alleged no actual harm.  The panel even hinted whether the Bock case should be stayed. Newburger suggested that if the Supreme Court sided with Spokeo and held that actual harm was needed to bring an action like an FDCPA claim, then many consumer protections statutes would be gutted. The Bock case, Newburger argued, should then be reversed and dismissed. Flitter, arguing for Bock, said that Spokeo was a class action and since the parties agreed on damages in the matter below, Spokeo was inapplicable.

As to the merits of the case, Newburger suggested that the theory of meaningful attorney involvement, especially when it is applied to litigation is unworkable. “The FDCPA ignores the adversary system,” Newburger stated, reminding the court that the litigation process at its core can violate parts of the FDCPA, using the example of §1692c(b) resulting in a 3rd-party disclosure if a law suit is filed. Judge Rendell responded to that argument by suggesting that maybe the FDCPA should have a carve-out for attorneys. “Lawyers become insurers of their client’s outcome,” Newburger argued. Ultimately, even if a collection attorney tried and won its case, the meaningful involvement theory results in lawyers being second guessed.  The Court pointedly asked Newburger to write the opinion here in light of their recent decision in Kaymark v. Bank of America, which found a law firm liable under the FDCPA for allegations made in pleadings.  Newburger again reminded the Court that they can look past Kaymark if meaningful involvement leads to an absurd result. In Kaymark the attorneys alleged an incorrect amount of costs. In the Bock case, Pressler sued the right person for the right amount in the right venue.

Arguing for the Appellee, Flitter argued that the signature of an attorney has to have meaning and by signing a pleading an attorney is attesting that it has reviewed the matter and it had a good faith basis to file the suit. Flitter stressed that the complaint filed against Bock was filed by lay people and not attorneys, therefore under the FDCPA that is a clear violation of § 1692e(3). Flitter argued that the Pressler attorneys were not involved until the very end. However, the panel struggled with the idea of whether actual fraud or deception exists in a meaningful involvement case. Both Judge Chagares and Barry questioned Flitter on whether the FDCPA should be suggesting a certain standard of investigation and whether federal courts should be making a determination of whether that investigation was adequate.  Rendell suggested that getting your day in Court should be enough for the least sophisticated consumer.

The CFPB, who submitted an amicus brief, was given an opportunity to present argument  and followed along the same the line of reasoning found in their brief, namely that meaningful involvement should apply the same for letters as it does for litigation. However, the Court struggled with their position.  Judge Chagares questioned what was false about the complaint on its face. He also expressed concerned that this theory is now going to make all collection actions discoverable and whether that standard was realistic. Judge Rendell likened it to a Kafkaesque situation and questioned what was Bock’s reasonable belief for bringing his claim? “Are we doing this as a ‘gotcha’ to lawyers?” Rendell questioned.

Newburger was given the last word in rebuttal and he stressed that consumers must look at the summons being served on them not the lawyer’s signature. He urged the court to not develop a standard of meaningful involvement equivalent to that of pornography: you know it when you see it. Finally he urged the court to recognize that a lawyer’s signature is constitutionally protected and although there was a question of whether that argument was waived.

Oral arguments before the Circuit Court can have very little relation to the final opinion. However for this appellate court to look at the meaningful involvement issue from a policy standpoint and to recognize the unique role of litigating attorneys in the debt collection process is noteworthy. Many in the legal debt collection industry have been making these arguments for years in courts all over the county. Maybe the Third Circuit will finally listen.

Next Article: Can the American Action Network Stop the ...