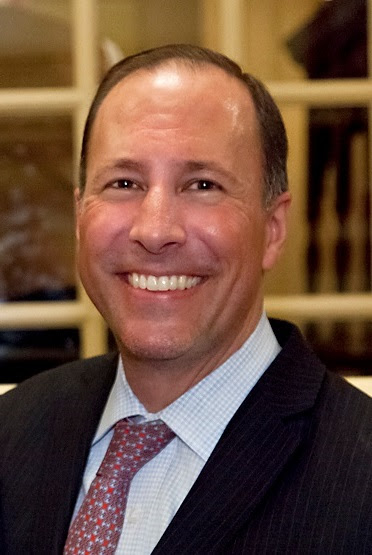 “Rob Nichols will be a superb leader of the ABA,” said Board Chairman John Ikard. “The banking industry is undergoing a great deal of change. We sought a visionary, strategic leader with demonstrated public policy acumen, a keen understanding of the entirety of the banking and financial system, and a strong track record of both strategic management and bipartisan advocacy. Rob Nichols hits the mark on all counts, and we are delighted that he will be leading our organization.”  Ikard is also president and CEO of the FirstBank Holding Co., Lakewood, Colo.

Nichols said, “I am deeply honored to take on the responsibility of leading the ABA. The nation’s economic growth prospects depend on banks of all sizes and models in order to effectively serve the needs of local communities, clients and customers.  Community banks, mid-size, regional, and large banks all play a critically important role as part of a diverse and interdependent financial ecosystem that both supports and depends on a thriving U.S. economy.

“The ABA is uniquely positioned to rigorously make this case to legislative, regulatory, and administration audiences. I look forward to the opportunity of serving the ABA and will work tirelessly with members and the state bankers associations to improve the public policy environment in which all banks operate.”

Nichols will succeed former Oklahoma Gov. Frank Keating, who has headed the ABA since January 2011. Keating announced early this year that he would be stepping down. The transition will begin in late summer.

Board Chairman Ikard commented, “Frank Keating accepted this position during very difficult and trying economic times for our nation and for our nation’s banks. Frank stepped right up and did a superb job of rallying our members, celebrating the key role they play in the vitality of their communities and the economy as a whole. The Board, the organization and the industry owe him a tremendous debt of gratitude.”

Keating commented, “It has been my honor to lead the ABA. The splendid men and women who make up America’s banking industry are some of the finest individuals it has ever been my pleasure to know. I took on my ABA leadership role during one of the most challenging times in banking history and I am very proud of the many accomplishments, achieved by us all working together, to help right America’s financial ship. I wish Rob Nichols well. He will be working with a superb group of people and I am confident that, working together, they will do great things for the industry and the economy at large.”

Betsy Duke, former ABA chairman: “In my past roles as a community banker, in the leadership of the ABA and as a member of the Board of Governors of the Federal Reserve, I have repeatedly seen the power of uniting the banking industry to achieve important objectives. I was privileged to serve on the Succession Planning Committee that selected Rob Nichols, and I am certain that he will be a superb leader of all of the financial institutions represented by the ABA – small, medium and large. He is a strategic leader with a strong vision of where the ABA needs to be positioned in the future, and has an impressive track record as someone who is both highly knowledgeable about the banking industry and highly effective as a Washington advocate.”

Howard Boyle, President and CEO, Hometown Bank, Kent, Ohio: “There were a number of excellent candidates for the position. In the interview process, Rob’s extensive knowledge of and passion for banking came through loud and clear. We were looking to take our already strong organization and build on that, enhance what we have. His work on Capitol Hill – both in the Senate and House – along with his key role at the Treasury Department and extensive trade association experience, really appealed to us. Rob has a vision for the future of the ABA, and I was particularly impressed with his keen recognition of the value of community institutions to the banking industry. It’s clear to me that he will be a superb spokesman and advocate for our industry.”

Currently President and CEO of the Financial Services Forum, Nichols joined the Financial Services Forum in June 2005 following four-and-a-half years of service in the Treasury Department, including as Assistant Secretary of the Treasury for Public Affairs, in the President George W. Bush Administration. Nichols oversaw all Treasury public affairs efforts and played a leading role in educating the American people about a wide range of financial issues.

As Assistant Secretary, Nichols established policies for administering public affairs, business affairs, consumer affairs, and intergovernmental affairs programs in the Treasury Department and its bureaus. He also oversaw the Office of Public Liaison, which conducts outreach to business, advocacy, and financial communities. Nichols gained a rich understanding of the financial markets, the financial services industry, and a wide breadth of economic matters. He is a recipient of the Alexander Hamilton Award, Treasury’s highest honor.

Prior to his Treasury appointment, Nichols was the communications director for the Electronics Industries Alliance, a trade organization representing more than 1,300 high-tech U.S. manufacturers, and before that was a senior aide to Senator Slade Gorton and Congresswoman Jennifer Dunn. He was also an aide to the Chief of Staff in the President George H.W. Bush Administration. Starting in 2009, Nichols has for five successive years been recognized by The Hill as one of Washington’s most effective trade association leaders. CEO UPDATE has also named him as one of the top trade association leaders.

Next Article: FCC Issues Fact Sheet Rather Than Clarity ...