Allen Megginson served in the U.S. Army from 2003 to 2006, first at Fort Hood and then overseas in Iraq, where he received no less than ten different commendations, medals, and badges for his service.  Things took a turn for the worse after his discharge, and by 2011 he and his wife, Amy, were living off credit cards to get by.  He was unemployed and just looking for a new opportunity.

After sending out over 300 job applications to employers across the country, this decorated Iraq veteran finally got a job offer in the Washington, DC, area in late 2012.  The only problem was that he was living in Florida, and the cost of relocating would be great.  But the Megginsons had to take the job and try to turn this opportunity into a new start for what had been a few very difficult years financially.

So the Megginsons sold most of their belongings, drove from Florida up north, and rented a small apartment in the DC area.  The salary was not great, but at least it was something permanent.  At the same time, they applied for a grant from ARMing Heroes, mainly to help pay down credit card bills they had accrued to pay for normal living expenses while trying to make ends meet.

They were thrilled when, right around the holidays, they received a call from ARMing Heroes stating they had been approved for a grant to help pay down their credit cards.  Not only that, they were told, but the organization had high level contacts at one of the collection agencies representing a creditor.  ARMing Heroes then contacted the agency, explained the Megginsons’ situation, Allen’s service to his country, and mentioned he had been approved for a grant that would not cover his entire amount due.

In consideration of Allen’s service to his country, he was presented with a highly favorable settlement offer, within the creditor’s parameters, which he accepted – because it was covered 100% by the ARMing Heroes grant.  Due to the favorable terms, ARMing Heroes was able to devote fewer dollars than it otherwise would have had to devote to clear up the delinquency, all due to the actions of the agency.

Early in 2013, here’s what Amy Megginson had to say about what it meant to her and her husband to have received such timely assistance:

“Words cannot express our true gratitude for the willingness, the patience, the sincerity and the effort that your organization put forth in helping our family. With unemployment very high nationwide, it left us stuck without jobs and mounting bills … After a year without working, our savings was depleted, our credit cards had become maxed out, and with no jobs, and we were just about to become homeless when we received a job opportunity in DC. We sold everything we owned and took the chance and moved.  We borrowed money from family, just to get into an apartment. Now that Arming Heroes stepped in, we have the chance to start over with a lot less debt, and a much better chance of catching up … This has offered us a lot more hope in a situation that had begun to look and feel hopeless.” – SGT (Ret) Allen and Amy Megginson 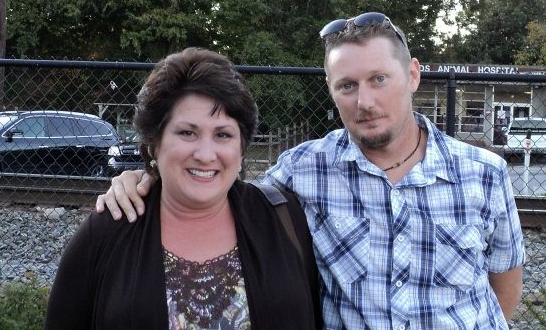 ARMing Heroes was founded and began operating in March, 2009.  The organization’s mission is to serve the needs of U.S. military veterans, including their spouse and children. ARMing Heroes fills a charitable niche by linking people identified with employment, credit, and financial counseling needs with the accounts receivable management industry, an industry uniquely poised to help in these areas.  Persons interested in volunteering their time and others interested in applying for benefits or pledging other forms of support are encouraged to contact the organization at www.armingheroes.org.

What Can I Do Right Now to Help?