If the team responsible for Healthcare.gov had created a communications plan, perhaps the debacle that was the federal health insurance exchange website would never have happened.

A solid communications plan should be part of any project, large or small. For healthcare providers, there is no better time to start than with your ICD-10 implementation. A good communications plan can serve as a bellwether that your project is about to go horribly wrong.

insidePatientFinance has published a free whitepaper, “Why Is No One Talking About ICD-10? Communicating Your Way to a Successful Implementation,” that explains how to create an effective communications plan for your ICD-10 implement (or any project). 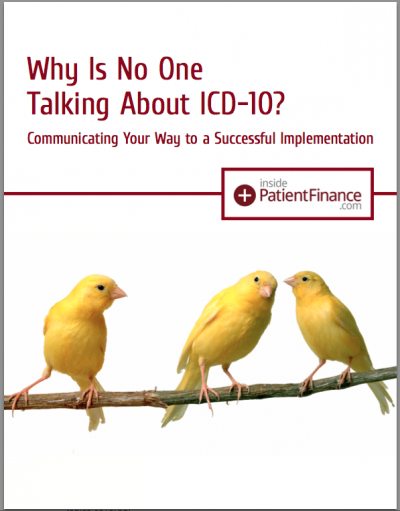 The Healthcare.gov project serves as a perfect example of how useful a solid communications plan can be,  based on the mistakes outlined in an excellent deconstruction by the Washington Post. What follows are two of the pitfalls that led to the project’s failure and what solid communications could have done:

When politics gets in the way. A significant challenge to the creation of Healthcare.gov was the toxic political climate. “The project was hampered by the White House’s political sensitivity to Republican hatred of the law — sensitivity so intense that the president’s aides ordered that some work be slowed down or remain secret for fear of feeding the opposition,” according to the Washington Post story.

Blaming politics for the failure of the Healthcare.gov launch, however, fails to get to the root of the issue because every project, regardless of who does it, has an element of politics. Projects by their very nature are political because they represent something that an organization has never done before, something that will inflict change.

Good communication plans can expose where political pitfalls lie. During the process of communicating a project, one can identify which individuals pose roadblocks or those who are resistant to change (and as a result, hoard information or act secretively).

Your ICD-10 project is mandatory, not optional. Political roadblocks must be exposed, so management can deal with them effectively, because the Oct. 1, 2014 is coming regardless of whether someone wants it to or not.

No one is in charge. One of the significant reasons projects fail is that there is no clear line of authority. In the case of Healthcare.gov, “there was no single administrator whose full-time job was to manage the project,” writes the Washington Post. Even worse, there was no “executive sponsor,” to use a project management term. The chief executives in President Barack Obama’s administration apparently lost interest and enthusiasm for their role in the project. “A higher-level monthly meeting, intended to work through tough regulatory questions, was attended at first by [Health and Human Services Secretary Kathleen]Sebelius, Treasury Secretary Timothy Geithner, Chief of Staff Rahm Emanuel and Domestic Policy Council Director Melody Barnes. By late summer and early fall of 2010, the meetings petered out after some of the participants stopped attending,” the Post writes.

The collapse of the executive meeting should have been a giant red flag as to waning oversight of the federal health insurance website. When communication channels break down or interest in them wanes, it is a signal to a project manager that the project is in trouble.

Building a communications plan, however, will not fix problems in a broken project, but it will help those behind the project become aware of where those problems may reside.