How Trustworthy is the FTC's Debt Collection Complaints Data?

For starters, this headline is The Worst: “Aggressive debt collection is up: What you need to know to fight it”

Then, if you click through, there’s an alarming image of a gun pointing at some money.

Then if you actually read it (editor’s note: Don’t actually read the article), it’s essentially just a hatchet job that uses raw FTC complaints data to make a point that, in the long run, just doesn’t hold water.

From the article: “The Federal Trade Commission has received a record number of complaints about debt collectors in 2011, according to ABC News. After receiving the nearly 181,000 complaints, the government agency has been cracking down on collectors who aren’t obeying the rules.” 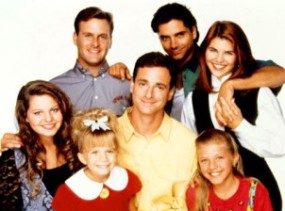 This isn’t a judgment call. We’re not suggesting that we’re in a position to decide which consumer complaints are worthwhile and which aren’t. But what we can say is: there were a series of over two dozen complaints to the FTC from a man who believes various cast members, producers, and other talent from the hit ABC TV series “Full House” (1987-1995) have done nefarious things to a microchip he has imbedded in his brain.

Yet: those numbers are used to inflate the complaint data that gets trotted out any time someone wants to write about the evils of the collection industry.

Stay tuned for further content related to the FTC and its complaint data.

Next Article: Former Debt Collector Not a Fan of ...