On 11/2/10, I contributed a piece to insideARM.com titled Follow Directions or be Fired!  A Debt Professional’s Dilemma.

In this piece, I described how Linda Almonte, a banking professional and former employee of JP Morgan Chase, had been fired by that firm – she claimed – for questioning the intelligence and legitimacy of their decision to sell off a flawed portfolio of credit card write-offs. 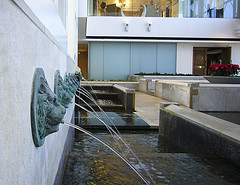 The aggregated debt in question was sold off to industry debt buyers, sometimes unkindly referred to as the “bottom feeders” of the ARM family.  Reportedly, this would bring back a cool $23MM and more to the bank’s bottom line.  But, this mistake in judgment – I am being polite, here – would prove to be just one of a series of floutings of the law and of ethics that culminated month’s later in today’s WSJ article trumpeting: Lender Drops Pursuit of Debt.

In a follow-up blog in December, 2010, titled Finance Professionals – We Have A Problem, I put out a more urgent plea.  At that point, Linda had run out of funds (she had been refused unemployment benefits and was fighting that decision).  She, her husband, and three children were being evicted.  I created a “survival fund” and asked for contributions to help her weather that storm and plastered this all over credit groups in LinkedIn.

My comment at that time is still timeless and important:  “Perhaps, by getting her (Linda) safely back on the ground, we will learn something about what it takes to survive by depending on each other.  Given corporate practices and the present economy, that skill and experience may well come in handy.”

I am too embarrassed by the response to tell you how unsuccessful that request turned out to be.  Linda was evicted, loaded the family into a car, and headed off to Florida to bounce in and out of shelters, all the while fighting in the courts for justice.