The nomination sidesteps Elizabeth Warren, the Harvard professor and consumer advocate who initially called for the CFPB and has spent the past year getting the agency up and running. The Washington Post speculated that Warren’s reputation among Republicans in the Senate meant that she would not have successfully been confirmed to lead the new financial regulatory agency.

Warren will return to Harvard in the short term to teach and will continue her work as a consumer advocate. Many pundits are predicting that she will run for U.S. Senate in Massachusetts to challenge Sen. Scott Brown (R) to win back the late Ted Kennedy’s seat.

The CFPB was created last year to oversee financial products marketed to consumers. It will roll up regulatory responsibilities from various existing agencies.

For the debt collection and broader accounts receivable management industry, enforcement previously handled by the Federal Trade Commission will now be in the domain of the CFPB. Not only will the CFPB have the authority to enforce debt collection laws like the Fair Debt Collection Practices Act (FDCPA), it will also have the ability to write enforceable rules.

Cordray was formerly the attorney general of Ohio. In his brief stint in that position – he won a special election to replace the previous AG and served only two years – he took some pointed swipes at debt collectors in the state. In September 2009, he issued a public warning to collection agencies over complaints his office was receiving. In April 2010, his office announced a large settlement with a collection agency.

In March of this year, Cordray was named as the CFPB’s Chief Enforcement Officer, tasked with heading up the team that will investigate financial institutions and seek penalties for misconduct.

While the ARM industry will be far down Cordray’s list of priorities, his previous work in Ohio drew attention from collection professionals when he was announced as the enforcement chief.

Although Cordray has been on the losing side of many political campaigns – he has run unsuccessfully for U.S. Senate, House, and a previous try at Ohio Attorney General – his intellect and resume are beyond reproach. 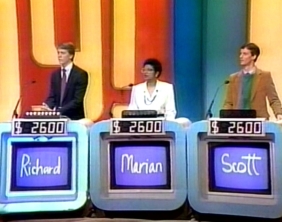 After an undergraduate degree at Michigan State University, Cordray traveled to Oxford University on a Marshall Scholarship. He returned to the U.S. and graduated with honors from the University of Chicago Law School. He then earned a coveted law clerk position in the U.S. Supreme Court. In 1987, he was a five-day champion on the hit quiz show Jeopardy! He worked in private law practice and held various positions in Ohio state and local government before winning a special election to become Ohio Attorney General in 2008.

As the Ohio AG, Cordray aggressively pursued banks and financial institutions like Bank of America and AIG in the aftermath of the 2008 financial crisis.

Next Article: Wall Street Journal Explores the Geography of ...