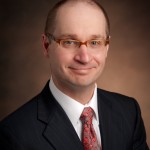 The proliferation of Telephone Consumer Protection Act (TCPA) litigation against the debt industry continues unabated.  Damage awards and settlements in TCPA cases costing debt collectors hundreds of thousands — and even millions — of dollars are a common occurrence.  The latest development regarding the TCPA is sobering: a Federal Court found a debt collector liable for TCPA violations where some of the calls to a consumer’s mobile phone were made in dialer “preview” mode and an individual collector “clicked” on the number to dial it.

Use of Dialer Preview Mode with Human Intervention Violates the TCPA

In the case In Re Nelson, a Federal Court in Wisconsin held that a debt buyer called the Plaintiff on a mobile phone more than 1000 times.  The Defendant raised several defenses, including the defense that some of the calls were made in dialer preview mode.  The Court wrote:

“In making these calls, defendant used . . . a computer telephone software system that routes and places inbound and outbound calls. [The software system] has the capacity to (1) store telephone numbers and then call them; and (2) perform ‘predictive dialing’ and ‘preview dialing.’”

In predictive dialing, the system times the dialing of numbers using an algorithm to predict when an agent will become available to receive the next call. To facilitate that method of dialing, defendant created lists of customer telephone numbers to be called on a particular day. In preview dialing, an employee chooses a telephone number by clicking on a computer screen and the system calls it. Defendant’s employees never called plaintiff by pressing numbers on a keypad. (emphasis added).

The Court held that because the calls to the Plaintiff were made through the dialer – and despite the human intervention of the individual collector choosing a telephone number and clicking on a screen to prompt the dialer – the Defendant violated the TCPA.  The Court wrote:

Regardless whether preview dialing falls outside the scope of § 227(a)(1) and the FCC’s order, I agree with plaintiff that defendant’s argument is another red herring. Under both the statute and the order, the question is not how the defendant made a particular call, but whether the system it used had the “capacity” to make automated calls. Satterfield v. Simon & Schuster, Inc., 569 F.3d 946, 952 (9th Cir. 2009) (“[A] system need not actually store, produce, or call randomly or sequentially generated numbers, it need only have the capacity to do it.”) (emphasis added).

The Court in Nelson ultimately awarded the Plaintiff $571,000 in statutory damages for violations of the TCPA.

Does Any Phone Exist Today That Does Not Store and Dial Numbers?

The TCPA applies to calls made from an automatic telephone dialing system (ATDS).   An ATDS is defined as “equipment which has the capacity to store or produce telephone numbers to be called, using a random or sequential number generator; and to dial such numbers.”

Most debt collectors use sophisticated telephony systems to record consumer calls, catalog those recordings as well as to make outbound calls and accept inbound calls.   The recording of consumer collection calls is mandated in some jurisdictions such as New York City.  Nearly all of the telephone systems available to comply with debt collection requirements have the ability to store and dial numbers, especially when incorporated with collection software.   Thus, how can a debt collector call a consumer cell phone in any circumstance when the phone system itself has the ability to store and dial numbers?

Not only are sophisticated telephony systems considered to fall within the definition of an ATDS, but all smart phones on the market today have the ability to store and call phone numbers.  It is not a far stretch to envision a TCPA lawsuit alleging a collection agency employee violated the TCPA by dialing a smart phone to contact a consumer.  Simply put, the focus of the TCPA must shift from the capabilities of the device used to place the call and emphasis must be placed on the actual means by which the call was made.

Clarification from the FCC is Now Imperative

In 2008, the FCC issued a Declaratory Ruling regarding the use of ATDS technology and in it, it wrote:

“The Commission noted that the evolution of the teleservices industry had progressed to the point where dialing lists of numbers was far more cost effective, but that the basic function of such dialing equipment, had not changed—the capacity to dial numbers without human intervention. The Commission noted that it expected such automated dialing technology to continue to develop and that Congress had clearly anticipated that the FCC might need to consider changes in technology.” (emphasis added)

Borrowing from the above quote from 2008, now is the time for the FCC to “consider changes in technology,” along with the various regulatory requirements for recording of consumer collection calls, and issue a definitive ruling setting forth how the debt industry can communicate with consumers on their mobile phones.  Without such clarification from the FCC, debt collectors continue to run the risk daily of crushing TCPA litigation.

This publication is provided only as a general discussion of legal principles and ideas. Every situation is unique and must be reviewed by a licensed attorney to determine the appropriate application of the law to any particular fact scenario. If you have a legal question, consult with an attorney. The reader of this publication will not rely upon anything herein as legal advice and will not substitute anything contained herein for obtaining legal advice from an attorney. No attorney-client relationship is formed by the publication or reading of this document. Moss & Barnett, A Professional Association, assumes no liability for typographical or other errors contained herein or for changes in the law affecting anything discussed herein.