Opinion: Managing The Revenue Cycle By Letting It Go To The Dogs

Editor’s Note: The following is excerpted from a longer article I published today on Forbes.com. You can read the full article here or by clicking the link at the end of this story. 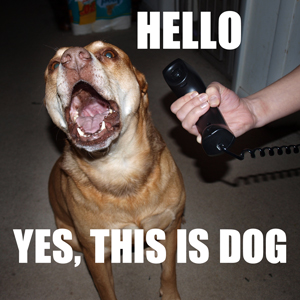 The major patient-centered insurance provisions of the Affordable Care Act do not take effect until fall of 2014, and the Obama administration’s healthcare reform bill does absolutely nothing to address hospitals’ preexisting mountain of bad debt. Add to that a recent Congressional Budget Office report warning that self-pay populations will continue to rise at least through 2015 and watch as individual states waver over their decisions to participate in Medicaid expansion and it’s not difficult to see how individual physician practices and major health systems are struggling to do business, even if no Mary Poppins spoonful of sugar is going to make that medicine go down easy.

That said the healthcare industry in this country has historically failed to behave as if it were an actual industry, even though healthcare spending accounts for almost twenty cents of every dollar that leaves our collective pockets. As unpalatable as it may be to consider, hospitals are of necessity and in fact credit grantors, not entirely dissimilar from auto finance lenders, mortgage originators, or credit card companies. But unlike their cousins in the financial services arena, hospitals typically imagine themselves as anything other than businesses. And on the whole they are relatively mediocre at collecting patient receivables.

So though patients (try as they might) don’t choose to get sick, healthcare providers working to manage the revenue cycle effectively would be wise to recognize that patients do have choices when it comes to their care. In some cases, like emergency treatment or as a result of unemployment, high-deductible health plans, or health savings accounts, they’re forced to. But in other instances those choices are truly elective.

In the wake of the Great Recession, healthcare providers like all other creditors are increasingly competing for consumer dollars. Household wallet share—who gets paid—and the hierarchy of payments—in what order of priority debts get paid—have shifted. With the exception of rural areas where only one hospital may be accessible, patients often have a choice of healthcare providers, even for inpatient care.

Enter Rush University Medical Center in Chicago, which after three years of planning and negotiation decided last December to formally allow in-room visiting hours for patients’ pets. According to posts on Rush’s Facebook page and a February 12 story in the Chicago Tribune, the medical center joins a handful of hospitals around the country that are going to the dogs. And cats. The new policy is not quite as Animal Farm as it may seem…