Weltman, Weinberg & Reis Co., LPA (WWR) is both delighted and saddened to announce that Alan H. Weinberg is retiring at the end of this year.  Alan’s leaving marks the end of an era for WWR.  He has been with the firm for nearly 40 years.  We are indebted to his vision and commitment for propelling us to our position in the industry.

Alan grew up in Boston and came to Cleveland to attend law school at Case Western Reserve University.  He started as an associate in 1975 after graduating from law school and serving on active duty in the Army.  Alan was instrumental in the firm’s growth from 20 employees in a single office in Cleveland to nearly 1,300 employees with 10 offices covering 7 states.

Alan reflects, “I enjoyed my employment with the firm and the success it experienced while I was the Managing Partner.  I had a great career but the time is right to retire and leave the firm under the stewardship of the new leadership.  I want to thank all of the past and current partners and employees, our clients, vendors, and court personnel that I have had the pleasure of working with throughout the years for being a part of the experience.”

During his career Alan earned the respect of his peers.  He is an AV Preeminent Peer Review rated attorney by Martindale-Hubbell and has been selected for inclusion in Ohio Super Lawyers from 2004-2013.  He is certified as a Creditors’ Rights Specialist by the American Board of Certification and was appointed Special Counsel to the Ohio Attorney General from 2003 to May, 2012. 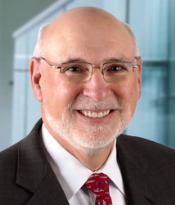 According to Cleveland’s biggest sports fan, Robert Weltman, “Alan earned all-star honors in 1995 when he became Managing Partner and proudly carried that baton for 17 years.  Alan took WWR to record heights that were never experienced before by any firm in the legal/collection industry.  I wish Alan the best of everything and continued success in whatever endeavor he undertakes.”

“Alan has been a friend and mentor to me for the past 37 years”, said Allen Reis.  “Many of the attorneys in the firm owe much to his willingness to teach and lead by example. His professionalism, integrity and genuine respect for clients, employees and opposing parties sets a standard against which we will all be judged in the future.  Best wishes for health and happiness to Alan as he begins the next chapter in the book of life.”

Scott Weltman goes on to say, “I had the honor of working side-by-side with Alan throughout my 21 years with the firm.  He is directly responsible for hiring and/or training most of the leaders in our firm.  More importantly he is a friend and will be missed by all of us.”

Alan’s retirement is our loss, but a well-deserved respite for him that will allow him to spend more time with his wife, Theresa, focus on his love for golf, travel and his involvement with various charities and community activities.  Robert adds, “There is no doubt that  Alan will continue to make the same commitment to his retirement activities as he did to his leadership responsibilities at the firm for all these years.”