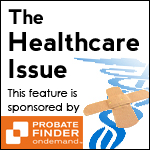 It wasn’t long ago that major players in the debt buying and collection industry looked at health care receivables like candy waiting to be devoured.  Medical spending had grown to $1.9 trillion by the end of 2005 and healthcare providers had already set aside $129 billion that year to pay down bad debt, according to Kaulkin Ginsberg’s Healthcare ARM Report, published in 2006.

Brandon Black, then-president and COO of Encore Capital Group, noted after establishing his company’s medical debt business, “According to industry estimates, there are approximately $15-20 billion in annual charge-offs of self-pay receivables in the healthcare industry, which represents a huge opportunity for us. We believe the steps we have taken in the development of our Medical business will help position Encore as the preferred purchaser of healthcare debt, as well as making this business immediately productive.”

But Encore, Portfolio Recovery and Asset Acceptance would soon discover they could not apply the same sales model used in the consumer credit market to health care.  Their first lesson: unlike consumer credit where six or seven banks dominate and decision makers are easier to find, health care is local and consists of thousands of decision makers who take their time assessing   relationships and potential public relations risk to their organization, according to Jim Richards, president and chief executive of Capio Partners, a medical debt buyer based in Atlanta, Ga.

Liquidating the portfolios after acquisition also is more challenging. Health care bad debt does not come with the same consumer information credit card debt does, said Phil Roberts, president of Senex Services Corp., a 12-year old Indianapolis debt buyer and collector of medical bad debt. Debt collectors don’t know why the credit was given and often have little to no information about the debtor’s assets.

These factors, combined with confusing bills and smaller balances that average between $500 and $700 versus the thousands of dollars charged off on credit cards, raise the cost of doing business.

“The balances create a higher servicing cost because their systems are set up to work on several thousand dollar balances,” Roberts said.

Roberts told insideARM that the health care receivables market has all of the macro ingredients for what would traditionally signal very successful market for debt buying and servicing. But Senex, which lost TriHealth, Inc. as a client to Encore, better understood something the larger industry players did not.

“There are these complexities associated with healthcare receivables,” Roberts said. “Historically when companies have tried to expand into another asset class, pricing and some applications have been successful and some have not. In health care there is an even larger bridge to cross.”

NCO Group stopped buying health care debt over a year ago. “We basically felt it wasn’t the right time to be in the debt buying business,” said Paul Weitzel, NCO’s senior vice president of corporate development.  But the world’s largest receivables management firm didn’t pull out of the market altogether (“NCO Group Launches Expanded Offerings for Healthcare Sector, Announces Acquisition,” Sept. 14, 2010). It offers some of the most comprehensive front end revenue cycle management services in the industry, with a focus on patient access, consulting and health information management that Weitzel says differentiates NCO from companies that provide just bad debt management.

“It’s a strategy we’ve employed since September.  Not only are we on target, but we’re ahead of target,” Weitzel said. “We’ve had more opportunities now than in the past few years.”

Todd Cole, director of patient accounts for Cincinnati, Ohio-based TriHealth, Inc. doesn’t regret a return to the way medical debt buying used to be, before major ARM players got involved.  TriHealth, which has sold healthcare debt since 2003, did business with Senex until Encore came courting with premium prices.

“That experience in the collections business did not necessarily equate to understanding the health care collection business,” Cole said. “The archived, grossly back-dated portfolios purchased; the premium prices paid, the sometimes lack of segregation of healthcare collection from ‘normal’ paper and in some cases, the lack of understanding of healthcare regulation and guidelines, really seemed to hurt the major players.  The niche was not a bad one – just not perhaps the easy money many appeared to think it could be.”

In the end, Cole said TriHealth learned that the cash isn’t always greener. He said TriHealth returned to Senex and brokered a deal to get the Encore inventory moved to them.

“We now have a strong, perhaps less profitable ongoing partnership with the same buyer for eight years with minimal complaints.”

Now that the dust is settling, Richards likens the current trend in the ARM health care sector to what happened in the 1990s with the first round of consumer debt buyers. Then many of the major players, which included Commercial Financial Services and Creditrust Corp., swept in and paid premium prices for debt. Other firms tried to match their offers, but like CFS and Creditrust, closed shop or were bought out because they were over-leveraged or didn’t have the expertise to collect the debt.

“The first (large debt buyers) in health care didn’t make it,” Richards said. “The jury is still out on whether or not they will make it, but we intend to make it.”

So does Senex, which buys and collects mostly bad debt from hospitals and physician practices. Founded in 1998 by a group of lawyers who had no debt collections experience but were dedicated to ethics and compliance, Senex started as a consumer debt buyer. It turned to health care receivables because consumer debt prices were too volatile and the market was underserviced.

Since then Senex has worked with over 80 different healthcare providers and 2.9 million patient accounts. It has managed in excess of $1.7 billion in delinquent healthcare receivables in over 700 separate purchases. The company has about 50 employees with an average seniority of 4-5 years.

As health care reform plays out and markets change, the health care sector may again provide opportunities for large national and regional ARM firms looking to expand or diversify. Roberts, however, cautions that buyers should beware.

“If someone is evaluating healthcare, they need to be prepared for something completely different than what they’ve worked with in past,” Roberts said. “They need to be committed to making it work long-term and be sensitive to not trying to disrupt the market from a pricing or public relations standpoint. The people that made this work are very good stewards of the health care marketplace and health care providers.”