In what is being called hailed almost universally as a “solid all-around report,” the U.S. Labor Department said that employers added 217,000 workers in May 2014 and that the official unemployment rate remained unchanged at 6.3 percent.

Monthly job gains have averaged 203,000 since the beginning of the fourth quarter 2013, and the average monthly reported job growth has been 213,000 in the first five months of 2014.

The Labor Department announced only very slight revisions to previously reported numbers, with the job gains from March and April falling by a total of 6,000. 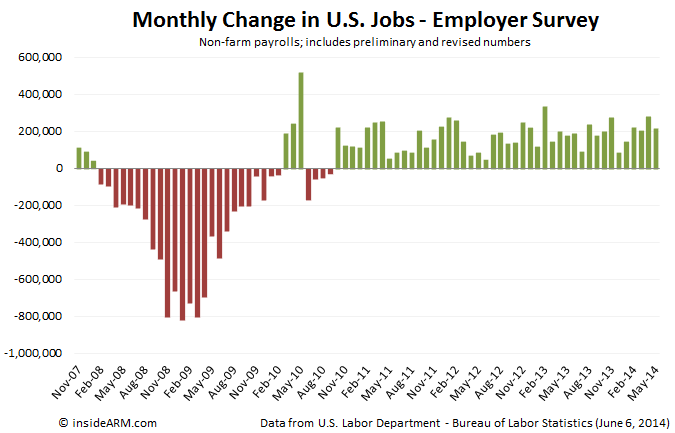 The U-6 alternative measure of unemployment, often called the “real” unemployment rate, fell slightly to 12.2 percent from 12.3 percent in April. It’s the lowest reading since October 2008 and down from 13.8 percent from just a year ago. The U-6 factors in those who have given up looking for work or are employed part time but want full time jobs.

Next Article: An Open Letter to ED's Arne Duncan: ...