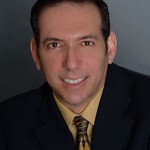 In January 2008, the FCC issued a Petition for Declaratory Ruling in response to a petition filed by the ACA International.  In  that ruling, the FCC concluded that when a consumer provides a cell phone number to a creditor, (e.g., on a credit application), auto-dialed and pre-recorded message calls to wireless numbers were “deemed”  permissible under the Telephone Consumer Protection Act (TCPA) as calls made with the  “prior express consent” of the called party.  The FCC went on to conclude that “calls placed by a third party collector on behalf of that creditor are treated as if the creditor itself placed the call.”

Subsequently, there was the May 2008 decision which tested the FCC’s 2008 “consent” ruling in Leckler v. Cash Call.  In Leckler, a California Federal District Court concluded that the FCC’s consent ruling was “manifestly contrary” to the TCPA and the court refused to follow it. This decision, if it stood, would have had harmful consequences to the entire collection industry. Shortly after the Leckler decision issued, I was retained by the ACA, along with another attorney, to seek to overturn the decision. We were ultimately successful in overturning the district court’s erroneous decision pursuant to the Hobbs Act.  Under the Hobbs Act, only Federal Courts of Appeals are vested with the exclusive jurisdiction to enjoin, set aside, suspend, or to determine the validity of final orders of the FCC.  All was saved for the time being.

Then, along comes Mais v. Gulf Coast Collection Bureau, Inc., ___F.2nd____ 2013 WL 1899616 (S.D. FLA. May 8, 2013).  In Mais, where a debt collector, among others, sought to rely on the FCC’s 2008 consent ruling to demonstrate they  had prior express consent to call a cell phone number Plaintiff provided to a hospital, the Florida District Court ruled as follows:

1.         That the Hobbs Act does not deprive a Florida Federal District Court of jurisdiction to review the FCC’s 2008 consent Ruling because Plaintiff’s TCPA lawsuit is not a proceeding “to enjoin, set aside, annul or suspend any order of the [FCC].”  Rather, Plaintiff’s complaint is an action that seeks damages for collection calls that allegedly violate the TCPA.

2.         Once the Hobbs Act was out of the way, the Federal District Court ruled that the FCC’s consent ruling (“the provision of a cell phone number to a creditor, e.g., as part of a credit application, reasonably evidences prior express consent . . . to be contacted at that number . . .”) constitutes “implied consent,” not express consent, and impermissibly amends the TCPA to provide for an exception that congress did not write in the TCPA.  The District Court concluded it could ignore the FCC’s ruling.

3.         The District Court also concluded that even if the FCC’s 2008 ruling was applicable, the ruling does not apply to medical debts; rather, the District Court opined that the 2008 consent ruling only pertained to consent in the context of consumer retail credit transactions.

4.         The Federal District Court went further to state that even if the FCC’s 2008 consent order applied, the burden to prove “consent” is on Defendants.  Since Plaintiff never gave the cell phone number to the actual creditor, neither that creditor nor the debt collector collecting on its behalf, had express consent to call the cell phone via automated dialing equipment or to leave pre-recorded messages.

The Mais Court was not finished, however.  It then tackled the issue of vicarious liability, a subject upon which the FCC recently issued a declaratory ruling pertaining to sellers and third-party telemarketers.  The Court in Mais concluded that the FCC’s 2008 pronouncement that “calls placed by a third-party collector on behalf of [a] creditor are treated as if the creditor itself placed the call” is once again, contrary to the statute and conflicts with the plain language of 227(b)(1)(A) of the TCPA.  In that section of the TCPA, Congress chose to provide liability only for those who “make” calls in violation of the TCPA, not upon those who make calls on behalf of others.  In other words, the FCC added a vicarious liability provision to the TCPA where Congress did not.  Therefore, the court refused to give deference to the FCC’s ruling.

So, where does this leave us and what does all of this mean?  Clearly, the TCPA and the interpretation thereof are in flux. Creditors and debt collectors have come to rely upon the 2008 FCC ruling as a means in which to establish prior express consent under the TCPA.  Mais now holds that neither a creditor nor a debt collector have consent to call a cell phone number via automated dialing equipment or to leave prerecorded messages under the TCPA merely by obtaining a phone number provided on a credit application.  Please note:  the ruling by the Federal District Court is not binding precedent.  It may even be potentially disregarded by another Federal District Judge sitting in the same federal courthouse.  However, the reasoning of the court may be adopted by other courts in Florida and courts throughout the United States.

On a more positive front, if the District Court in Florida believes that Federal Courts have the right to indirectly challenge FCC Rulings, then it may be open season for challenges to the FCC’s dialer rulings in the 2008 Order.  As set forth in Paragraph 12 of the 2008 Ruling, “… a predictive dialer constitutes an automatic telephone dialing system” under the TCPA and a dialer is any equipment which has “the capacity to dial numbers without human intervention.”  (Paragraph 13.)  Following the logic of the Mais court’s interpretation of FCC final rulings generally, the above rulings should also be deemed “manifestly contrary to the statute” and should not be entitled to deference.  As I have argued for years, the FCC likely exceeded its rule-making authority by issuing sweeping pronouncements regarding dialers. The phrase dialers that have the “capacity to dial numbers without human intervention” essentially rewrites the dialer definition in the TCPA, 47 U.S.C § 227(a)(1). (See also Satterfield v. Simon & Schuster, 569 F.3rd 946 (9th Cir. 2009)).

The problem that one may face when challenging certain FCC rulings is that it may cause a party to make inconsistent arguments as to which FCC 2008 rulings stand and which should fall.  Further, a party seeking to challenge the FCC’s interpretation of a dialer in the Seventh Circuit and other jurisdictions may be barred by the Hobbs Act.  (See CE Design, LTD v. Prism Business Media, Inc., 606 F.3 443, 446 (7th Cir. 2010).  Other jurisdictions take a different approach. (See Leyse v. Clear Channel Broadcasting, Inc., 697 F.3d 360 (6th Cir.2012)).

All of the above points to the fact that the fight is ongoing. Multiple challenges to the FCC’s dialer rulings via formal petitions are pending before the FCC.  Change is in the air.  Challenges to FCC rulings are being fought in the courts. I have been advocating for years that it is time to level the playing field for the credit and debt collection industry with respect to a law that is by design, extraordinarily one-sided.

Next Article: CMS Makes it Easier for States to ...