When is a Lawyer or Law Firm "Regularly" Collecting Debts Under the FDCPA? 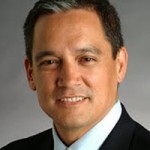 Beginning in 1995, when the Supreme Court issued Heintz v. Jenkins, 514 U.S. 291 (1995), lawyers have known that if they seek to collect consumer debts for clients – even when doing so through litigation – they might qualify as a “debt collector” under the Fair Debt Collection Practices Act, 15 U.S.C. § 1692 et. seq. (“FDCPA).  But how often must a lawyer or a law firm engage in consumer debt collection activities before they are subject to the Act?

This question has taken on increasing importance in recent years as more law firms have integrated collection work into their existing practices.  Unfortunately for practitioners, there are no bright line rules establishing when a lawyer or a law firm has “regularly” engaged in debt collection.  As confirmed by a recent decision from the Tenth Circuit, James v. Wadas, _ F.3d _, 2013 WL 3928631 (10th Cir. 2013), the outcome will turn on a case-by-case analysis of multiple factors relating to the practice of the attorney or the firm.

Step one, of course, is to confirm that the attorney or firm is collecting “debts” within the meaning of the FDCPA.  Not every unpaid obligation qualifies.  The Act defines a “debt” as “any obligation or alleged obligation of a consumer to pay money arising out of a transaction in which the money, property, insurance, or services which are the subject of the transaction are primarily for personal, family, or household purposes, whether or not such obligation has been reduced to judgment.”  15 U.S.C. § 1692a(5).

Assuming the lawyer or firm is collecting “debts” as defined by the FDCPA, how often must they do so in order to qualify as a “debt collector” under the Act.  Again, the starting place is with the definitions of the statute.  Subject to certain limitations, a “debt collector” is defined as “any person who uses any instrumentality of interstate commerce or the mails in any business the principal purpose of which is the collection of any debts, or who regularly collects or attempts to collect, directly or indirectly, debts owed or due or asserted to be owed or due another.”  15 U.S.C. §1692a(6) (emphasis added).

If the “principal purpose” of your firm or your law practice is collecting consumer debts, then you probably know this already, and you know that you are a “debt collector” under the statute.  See, e.g., Scott v. Jones, 964 F.2d 314, 316 (4th Cir. 1992) (where 70-80% of attorney’s fees were generated from collection work and attorney filed approximately 4000 collection cases per year during a four year period, the “principal purpose” of his practice was debt collection).  The more difficult issue is determining when a lawyer or a firm or firm with a relatively small collection practice is still “regularly” collecting consumer debts.  What exactly does “regularly” mean?

The issue was easily resolved in favor of the defendant in James v. Wadas, where the defendant only had one debt collection client in her entire legal career, that client had referred just 6-8 collection cases during the past ten years, and defendant had earned only $1700 in fees on collection matters during the prior year.  See 2013 WL 3928631, at *4.  As part of its analysis, the Wadas Court considered the Black’s Law definition of the terms “regularly” –  which means “[a]t fixed and certain intervals, regular in point in time.  In accordance with some consistent or periodical rule or practice” – as well as the term “regular” – which means “steady or uniform in course, practice or occurrence . . . usual, customary, normal or general.”  Id. at *3.  The Court also considered the legislative history surrounding the FDCPA and concluded that it offered “little guidance” on what constitutes “regular” collection by an attorney, other than “such collection cannot be isolated or incidental but must, to varying degrees, be a significant aspect of the attorney’s business.”

Ultimately, the Tenth Circuit in Wadas adopted the multi-factor test for determining when a lawyer “regularly” collects debts that had been established by the Second Circuit in Goldstein v. Hutton, Ingram, Yuzek, Gainen, Carroll & Bertolotti, 374 F.3d 56 (2d Cir. 2004).  The court considered:  “(1) the absolute number of debt collection communications issued, and/or collection-related litigation matters pursued, over the relevant period(s), (2) the frequency of such communications and/or litigation activity, including whether any patterns of such activity are discernible, (3) whether the entity has personnel specifically assigned to work on debt collection activity, (4) whether the entity has systems or contractors in place to facilitate such activity, and (5) whether the activity is undertaken in connection with ongoing client relationships with entities that have retained the lawyer or firm to assist in the collection of outstanding consumer debt obligations.  Facts relating to the role debt collection work plays in the practice as a whole should also be considered to the extent they bear on the question of regularity of debt collection activity (debt collection constituting 1% of the overall work or revenues of a very large entity may, for instance, suggest regularity, whereas such work constituting 1% of an individual lawyer’s practice might not).  Whether the law practice seeks debt collection business by marketing itself as having debt collection expertise may also be an indicator of the regularity of collection as a part of the practice.”  See Wadas, 2013 WL 3928631, at *4 (quoting Goldstein, 374 F.3d at 62-63).

Similarly, the defendants were not “debt collectors” in Schroyer v. Frankel, 197 F.3d 1170 (6th Cir. 1999), where the law firm had handled just 50-75 collection cases annually, which represented less than 2% of the firm’s overall practice.  Id. at 1173.  The firm did not hire any paralegals nor did it use any computer programs for debt collection work.  Id.  The attorney defendant had only handled 29 collection cases during the year, which was just 7.4% of his practice, and these cases were referred by clients who sent him other matters not involving debt collection.  Id.  There was no evidence that the defendants handled collection matters for a major client on an ongoing basis, nor was there evidence as to the total fees recovered on collection matters.  Id.  The Court held that “to find that an attorney or law firm ‘regularly’ collects debts for purposes of the FDCPA, a plaintiff must show that the attorney or law firm collects debts as a matter of course for its clients or for some clients, or collects debts as a substantial, but not principal, part of his or its general law practice.”  Id. at 1176.  The defendants’ collection practices, however, “were incidental to, and not relied upon or anticipated in, their practice of law, and that therefore they should not be held liable as ‘debt collectors’ under the FDCPA.”  Id. at 1177.

Other cases have been more challenging for defendants.  For example, in Garrett v. Derbes, 110 F.3d 317 (5th Cir. 1997), evidence that a lawyer had sent 639 demand letters during a nine month period seeking to collect unpaid telephone bills on behalf of a single client was sufficient to prove he “regularly” collected debts.  The district court had granted summary judgment in favor of the attorney, noting that “(1) Derbes’ work for Bell South constituted less than 0.5 percent of his entire practice during the nine-month period his law firm represented Bell South, (2) there was no ongoing relationship between Derbes and Bell South, and (3) Derbes had not represented Bell South in other matters.”  Id. at 318.  In reversing the district court, however, the Fifth Circuit noted that “a person may regularly render debt collection services, even if these services are not a principal purpose of his business. Indeed, if the volume of a person’s debt collection services is great enough, it is irrelevant that these services only amount to a small fraction of his total business activity; the person still renders them ‘regularly.’” Id.

Similarly, in Goldstein, the law firm had prevailed in the district court on the grounds that it had not “regularly” collected debts, but the Second Circuit reversed.  The firm emphasized that it had only derived $5,000 in revenues from collection work during the prior year, which was just 0.05% of its revenue for that period.  See Goldstein, 374 F.3d at 61. The Court pointed out, however, that the firm had issued 145 collection notices within that 12-month period, with at least 10 notices sent during 7 of the months, and more than 15 notices sent during 3 of the months.  Id. at 63. The firm also had an “ongoing relationship with apparently affiliated entities for which it repeatedly sent collection notices” and that fact “further indicates the regularity of collection work as part of the firm’s business.”  Id.  In addition, the firm had a system in place for preparing and issuing the collection notices.  Id.

In Reese v. Ellis, Painter, Ratteree & Adams, LLP, 678 F.3d 1211 (11th Cir. 2012), the Court held that a law firm that allegedly sent 500 letters in connection with foreclosure proceedings could be a “debt collector” under the FDCPA:  “The complaint contains enough factual content to allow a reasonable inference that the Ellis law firm is a ‘debt collector’ because it regularly attempts to collect debts. The complaint alleges that the law firm is ‘engaged in the business of collecting debts owed to others incurred for personal, family[,] or household purposes.’  It also alleges that in the year before the complaint was filed the firm had sent to more than 500 people ‘dunning notice [s]’ containing ‘the same or substantially similar language’ to that found in the letter and documents attached to the complaint in this case. That’s enough to constitute regular debt collection within the meaning of § 1692a(6).”  Id. at 1218.

Thus, there is no magic number of consumer debt collection cases and no set percentage of firm revenues that will make an attorney or a firm into a “debt collector” under the FDCPA.  Each of these cases will be decided based on a balancing of multiple factors relating to the nature of the practice of the attorney and the firm.