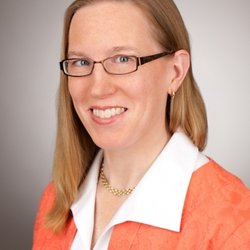 Hester Peirce is a Senior Research Fellow at the Mercatus Center at George Mason University and director of the Financial Markets Working Group. Her primary research interests relate to the regulation of the financial markets.

Before joining Mercatus, Peirce served on Senator Richard Shelby’s staff on the Senate Committee on Banking, Housing, and Urban Affairs. In that position, she worked on financial regulatory reform following the financial crisis of 2008 as well as oversight of the regulatory implementation of the Dodd-Frank Act.

Peirce served at the Securities and Exchange Commission as a staff attorney and as counsel to Commissioner Paul S. Atkins. Before that, she clerked for Judge Roger B. Andewelt on the Court of Federal Claims and was an associate at a Washington, DC law firm.

She currently serves on the Investor Advisory Committee, which advises the Securities and Exchange Commission. Peirce’s work has been published in such outlets as the Hill and American Banker, and she is a regular contributor to Real Clear Markets. She is the editor of, and a contributor to, the book Dodd-Frank: What It Does and Why It’s Flawed, published by Mercatus in 2012.

Hester Peirce earned her BA in economics from Case Western Reserve University and her JD from Yale Law School.

Revisiting Dodd-Frank; Its Design May Make Next Crisis Even Worse