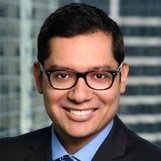 Allan Enriquez is an experienced litigator based in the firm’s Chicago office. Prior to joining Maurice Wutscher LLP, Allan worked at law firms in Chicago and Los Angeles, where he represented businesses and law firms in complex commercial, professional liability, products liability, insurance defense, and civil rights matters, among others. These matters were venued throughout the country including California, Illinois, Georgia, New York, Puerto Rico, and Kansas.

Allan has briefed and argued substantive motions in state courts and has briefed issues of first impression in the U.S. Court of Appeals for the Seventh Circuit. He has negotiated cases in private mediation to successful results for his clients and is well versed in all aspects of discovery, including taking depositions.

Allan graduated from the University of Michigan with a Bachelor of Arts in Political Science and Philosophy. He subsequently earned his Juris Doctor from UCLA School of Law. While in law school, Allan worked for a major media corporation on licensing agreements and he was an extern for the Hon. Dolly M. Gee of the U.S. District Court for the Central District of California.

Allan is licensed to practice law in Illinois and California and the United States District Court for the Northern District of Illinois.