As if the U.S. Department of Education’s private collection agency (PCA) contract procurement process hasn’t been outrageous enough already, Friday’s afterhours announcement that it has terminated its relationship with five of its most prominent debt collection agencies puts it completely over the top.

Online reports from the Huffington Post and other outlets say that certain PCAs were providing inaccurate information and misleading distressed borrowers at “unacceptably high rates.”  The reports went on that ED would transfer accounts from the implicated agencies to other contracted agencies, and it would officially terminate its relationship with the cited agencies once all accounts have been moved over.  If the procurement process is any indication, this transfer will not unfold quickly.

However, the damage is already done in the marketplace for these agencies before they have any chance to appeal the allegations levied against them.  This is appalling.  I believe that ED is hastily taking action because of intense scrutiny by other federal agencies and consumer advocacy groups with little regard for the collection companies it is severely impacting.

It comes as no surprise that the ED contract is under pressure when you consider escalating student-borrowing levels – with amounts exceeding $1.1 trillion – and the number of borrowers in default now exceeding 7 million and rapidly increasing. Additionally, nearly 90 percent of student loans are covered by ED. 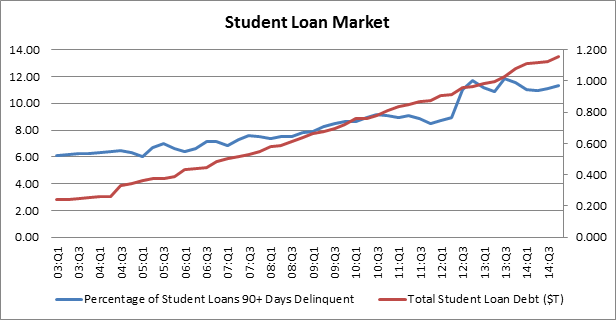 The economic consequences of ED’s actions will be considerable.  Republican Congressman Chris Collins from Western NY already went on the offensive to save hundreds of jobs that could be potentially lost in his jurisdiction as a result of these events, saying in a news release on Friday, ‘‘The lack of transparency by the Department of Education embodies what we have come to expect from the Obama Administration and demonstrates a lack of concern for hardworking western New Yorkers.’’