In October, I had the privilege of giving a Keynote presentation at the CMS World Forum in Madrid. CMS is the only multi-national conference producer focused on credit and collections that I am aware of. Pablo Salamone sees to it that the shows are exceptionally professional and very well attended.

In Madrid, I was surrounded by collection experts from various countries: Spain (of course), Brazil, Greece, Russia, and India to name a few. This was a tremendous learning experience for me on two levels.

First, I was able to present to a multi-lingual audience, and as a student of public speaking, I am always seeking new challenges. Second, I walked away with a greater appreciation of the opportunities and challenges in other vibrant debt collection markets outside the United States.

With permission from the presenters, I will share with you valuable insights into the collection markets of some of these countries by the experts who presented at CMS.

Today’s focus will be on the Russian collection market. Next time, I will focus on India.

Artur Aleksandrowicz and his business partner co-founded National Recovery Service in 2005 and it has become one of the largest accounts receivable and debt purchase management firms in Russia. Artur shared his views on the trends and opportunities in the Russian collection market.

Here are some of the highlights:

As a “BRICS” country, Russia is recognized as one of the major drivers of world economic development and growth. BRICS is the title of an association of emerging economies. The group’s five members are Brazil, Russia, India, China, and South Africa.

With the exception of Russia, the BRICS members are all developing, emerging, or newly industrialized countries. In Russia’s case, it is re-emerging. All possess large, fast-growing economies and significant influence on regional and global affairs. As of 2012, the five BRICS countries represent almost 3 billion people, with a combined nominal GDP of US $13.7 trillion. 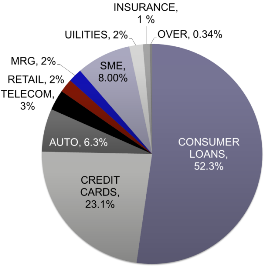 Debt sold in Russia has increased almost four-fold over the past three years and is well positioned to continue increasing.

A national trade group, the National Association of Professional Collection Agencies (NAPCA), was established in 2007 and now includes all of the largest debt collection agencies in the country.

Next Article: Ahead in 2013: As Healthcare Providers Consolidate, ...